KUWAIT CITY, Oct 18:   Assistant Undersecretary for Press and Publication at the Ministry of Information Muhammad Al- Awash said the ministry will allow the distribution of banned books at the Kuwait Book Fair scheduled for November, reports Al-Jarida daily.

Al-Awash clarified the ban will be lifted only on books which were prohibited in Kuwait but were allowed in other GCC countries. He said the publisher must submit a new application attached to the document proving that the book is approved by other GCC countries.

He disclosed this decision was taken after the meeting with Arab publishers, during which ways to support the book industry and facilitate book distribution in Kuwait were discussed. 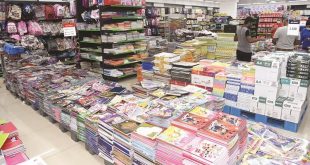