KUWAIT CITY, Sept 26: At the end of this September, the validity period of the provisions of Law No. 3 of 2021 regarding postponing deferring consumer loan installments for citizens for a period of 6 months, which came into effect in April 2021, will not be extended further, reports Al-Anba daily. Senior banking sources said banks and investment companies will begin deducting the monthly installments from October salaries.

The sources said that the government of Kuwait, as its contribution to alleviate the financial burdens and its obligations to citizens following the outbreak of the Covid- 19 pandemic had postponed deductions of the installments for citizens for a whole year, during which the banks bore the costs of the postponement the first time, which was about 400 million dinars, while the government footed the bill of 376 million dinars for the next six months. Citing the text of the law that it is permissible by a decision from the concerned authorities to postpone the deduction of installments for another 6 months, the sources said there is no intention for an additional postponement. The sources stated that postponing the installments is like extending the entire loan term for an additional year without charging the customer any fees or interest for the added period. 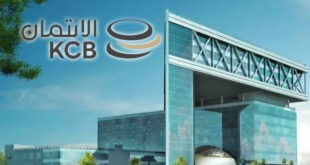 This post has been read 19305 times! KUWAIT CITY, Sept 13: Apparently, the news published …