KUWAIT CITY, Dec 15: One of the sectors in Ministry of Public Works has been without Internet service for the past 15 months due to lack of coordination between the ministry and Ministry of Communications in this regard in the last phase, reports Al-Qabas daily quoting reliable sources.

They explained that the Government Center for Quality Control and Inspection did not have Internet service from the time the employees were transferred to the new building in Sabhan area in September 2018 from the old building in Khaifan area.

The employees of the center have been using their own laptops and routers to complete their tasks.

The sources highlighted the lack of any governmental correspondences or emails via the devices in the building even though its establishment and operation cost more than KD 13 million. They revealed that the necessary correspondences are being made from the office of the Undersecretary of Ministry of Public Works in the head office of the ministry in South Surra.

Ministry of Finance dismissed the repeated requests of several ministries to increase their budgets since the proposal will put more burden on the public budget, reports Annahar daily. The daily quoting a reliable source added the ministry obtained official documents containing requests of the Ministry of Awqaf and Islamic Affairs to allocate KD1.2 million of the budget to cover rent allowance paid to Imams and Muezzins.

The ministry justified its request, saying it depends on the net annual revenue of the ministry. He explained that the housing allowance of KD100 was reduced due to the deficit in the budget while it was suspended for specific employees.

Meanwhile, official reports said the sum spent for advertisements by different official bodies during the first 8 months of this fiscal year reached KD 452.3 million while KD 3.3 billion was spent in grants, indicating the total value of State property is KD 13.7 billion. 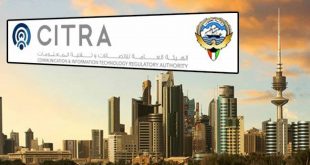 Just imagine the present world without the Internet! Imagine if the smartphones were no longer …