Seifert’s maiden half century lifted New Zealand to 219-6 after being put in to bat, and the team then handed India their worst loss in Twenty20 whenthey were bowled out for 139 in 19.2 overs. It was only the eighth time India have been bowled out in a T20 international.

An opening partnership of 86 in 8.2 overs between Seifert and Colin Munro (34) got New Zealand off to a strong start.

Captain Kane Williamson hit 34 from 22 balls, Ross Taylor 23 from 14 and Scott Kuggeleijn 20 from only seven deliveries as New Zealand posted thier highest score in T20 matches at the Wellington Regional Stadium.

Wickets fell at regular intervals although M.S. Dhoni top-scored with 39 from 31 balls and was out two balls before the end.

In the early part of their innings, India were close to the pace set by New Zealand. It was 46-1 after five overs when New Zealand had been 54-0; the equation becoming more balanced when Dhawan struck 18 from the fifth over.

Mitchell Santner then removed Rishabh Pant (4) and Shankar in the space of two balls in the ninth over.

Apart from Dhoni, only Krunal Pandya (20 from 18 balls) made an impact in the lower half of the order.

“We were outplayed in all three departments,” India captain Rohit Sharma said. “We always knew 200 is not going to be an easy chase, although the grounds are smaller here. But we kept losing wickets which kept throwing us out of the game.”

New Zealand benefited from the crucial opening partnership between Seifert and Munro.

Seifert blazed his way to a maiden T20 half century from only 30 balls with five fours and three sixes. He finished with seven fours and six sixes in an innings which likely secured his place as the backup keeper in New Zealand’s squad for the upcoming World Cup. 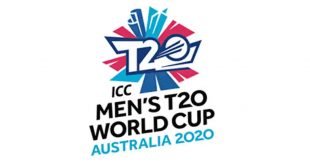 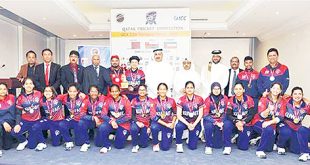