NASHVILLE, Tenn, Feb 4, (AP): Female artists may often be overlooked on country radio, but the one place where they feel the love is at the Grammy Awards. This year, two newcomers, Kelsea Ballerini and Maren Morris, are leading a wave of country women dominating the Grammys this year.

Morris and Ballerini share nods in the all-genre new artist category, the first time in Grammy history that two country women have been honored in that category.

“I think it’s a huge step forward for people taking women into consideration because you have to have another perspective on the radio,” said Morris, a 26-year-old singer-songwriter from Texas. “And I think the Grammys have done a really great solid by recognizing quality art. And I think the girls really brought it this year.”

Women outnumber the male nominees in the best country album and best country solo performance categories. In addition to Morris and Ballerini, Miranda Lambert, Brandy Clark, Carrie Underwood, Lori McKenna, Loretta Lynn, Dolly Parton and Cassadee Pope are up for awards at the Feb 12 show, airing live on CBS from the Staples Center in Los Angeles.

Morris and Ballerini broke out just as the bro-country wave hit a critical mass and critics and fans alike were clamoring for songs with a message and artists with a more diverse sound.

“I definitely feel like for any female, the odds weren’t necessarily in our favor,” said Ballerini, a 23-year-old from East Tennessee. “We were really maybe underrated a bit in the beginning because we were on this independent label.”

Bill Freimuth, senior vice president of awards for The Recording Academy, said Grammy voters, who are musicians themselves, aren’t necessarily swayed by an artist’s major label backing, marketing budget or album sales, so that gives more opportunities to artists who are critical favorites, but underrepresented on radio.

“It frees them up from thinking about chart position and radio play,” Freimuth said. “The only thing that is important to us is the quality of the recording and the performance.”

The Recording Academy eliminated gender-based categories in 2011 and Freimuth said since then women have dominated or have been recognized on par with their male counterparts in pop, R&B and country music, while other genres, like rock and rap, have been mostly male dominated.

Ballerini’s 2015 debut album, “The First Time,” spawned a remarkable three consecutive No. 1 singles on Billboard’s country airplay chart. Ballerini was deliberate by releasing a pair of poppy upbeat flirty songs in the vein of Taylor Swift before releasing the strongest song on her album, a power ballad called “Peter Pan.”

“We knew that ‘Peter Pan’ was like our baby and we wanted it to be put out at a time where it could be heard and not just shut down because it was a ballad by a female,” Ballerini said.

Morris is up for four Grammy Awards, including best country album, best country solo performance and best country song for “My Church.” With her addictively memorable lyrics on songs like “My Church” and “80s Mercedes,” Morris wants to be the gateway for more people to listen to country music.

“I have sort of kicked that door in for them to listen to more country artists, and then go back and listen to classic country artists because I referenced them and am vocally inspired by them,” Morris said.

Morris, who will also be performing with Alicia Keys during the awards show, said she approached her first major label record, 2016’s “Hero,” as if she if might not get another.

“I’ve had friends who had record deals that their label dropped them after releasing one song or they made full records and they were shelved,” Morris said. “That could easily happen to me. I am a new artist and I am a woman and I have something different to say.”

“My Church” cracked the Top 5 on Billboard’s Hot Country Songs chart and became one of the top five digitally selling country singles of the year.

For both singers, the new artist nomination isn’t a competition. They’ve already won the race by beating the odds against them.

“It’s the people that love music, do music, judge music, fight for music for a living, saying, ‘We’ve listened to 500 hundred new artists that are eligible this year and we think you’re one of the best five,’” Ballerini said. “That makes me feel cooler than I have ever felt in my life.”

NEW YORK: Top Grammy contenders Sturgill Simpson and Chance the Rapper are set to perform at the awards show this month.

“It’s important to The Recording Academy that the GRAMMY stage showcases artists across all disciplines and genres, and we take pride in our ability to elevate the best in music while, at the same time, introducing audiences to sounds and songs they’d previously not heard,” Recording Academy CEO Neil Portnow said in a statement.

Beyonce, who announced she is pregnant with twins Wednesday, is the most nominated performer with nine, including bids for the top three awards: album, song and record of the year. Adele, who has five nominations, will also compete in those categories.

James Corden will host the 59th annual Grammy Awards, airing live on CBS from the Staples Center in Los Angeles.

Dave Grohl had been announced as a performer earlier in the week, but the Academy said Thursday evening that he was not confirmed and was not performing. “We sincerely apologize to all parties involved for our error.”

Share
Previous ID on Egyptian Paris ‘attacker’
Next A tent in Syria or castle of humiliation in Europe?!! 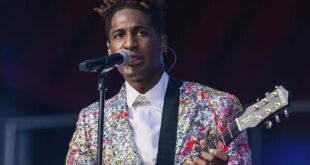 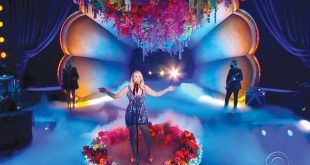 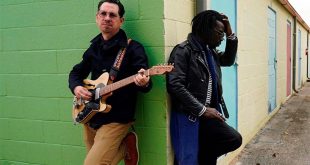 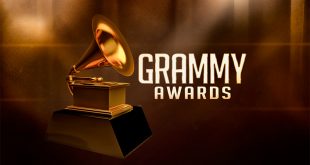