MEXICO CITY, Sept 23, (Agencies): A strong 6.2 magnitude quake shook Mexico on Saturday, causing panic in traumatized Mexico City, where rescuers trying to free people trapped from this week’s earlier earthquake had to suspend work. There were no immediate reports of damage or casualties from the new quake, which was smaller and with its epicenter farther to the south than Tuesday’s devastating 7.1-magnitude earthquake that killed nearly 300 people.

However it sparked concern that it could have caused heavy rubble on top of survivors awaiting rescue in Mexico City to shift. Mexican and foreign rescue crews rapidly evacuated sites they were working at as a seismic alarm went off. “Oh God, have mercy,” exclaimed Teresa Martinez, 74, who had run out in to the street for safety. “This time we didn’t feel the ground move … maybe since the last one we’re getting used to them,” said Pablo Martinez, who had run out of his central apartment block with his 6-year-old daughter in his arms. The US Geological Survey registered Saturday’s quake at 6.2 magnitude, occurring at 12:53 GMT with an epicenter 19.3 kms (12 miles) southeast of the city of Matias Romero, in the southern state of Oaxaca.

The head of Mexico’s civil protection service, Luis Felipe Puente, tweeted that “for the moment no effects reported, we are continuing to monitor.” At some Mexico City sites rescue workers were still discussing whether to return to their task of trying to reach survivors of Tuesday’s quake believe to be buried under debris in three sites in the city. Tuesday’s quake, which toppled 39 buildings in the capital, was the worst earthquake in three decades to hit Mexico City, following one in 1985 that killed 10,000 people. Meanwhie, he bodies of eight foreigners have been recovered from the rubble of the quake that struck Mexico City, officials said Friday.

The remains were those of four Taiwanese women, a Korean man, a Spanish man, a Panamanian woman and an Argentine man, Mexico’s high court said in a statement citing information from the forensic institute. In the capital, the quake toppled 39 buildings, mostly in a central area with older construction that is popular with tourists and foreigners living in the city, and also in the south. The court statement said the bodies of the foreigners were pulled “from the rubble caused by the earthquake on Tuesday.” It also said that no more bodies had been delivered to the morgue operated by the forensic institute for identification since Thursday.

All but one of the 65 corpses examined by the service have been handed over to next of kin, it said. The remaining unidentified body was that of a woman pulled from a collapsed building in the chic neighborhood of Condesa. Mexican rescuers were working through the early hours Saturday in a desperate search for survivors hoping to defy experts who say the chances of finding life in the rubble after 72 hours are bleak. With exhausted emergency workers still reporting signs of life at several spots in Mexico City, the head of the national disaster management agency, Luis Felipe Puente, warned the coming hours would be critical.

Structures
“Time has gotten the best of us. There are structures that are very complicated to access. But we’re going to keep fighting for the families” of those feared trapped inside, he told TV network Televisa. He said the authorities would not bring in the bulldozers to start cleanup until they were certain no survivors or even bodies remained. The 72-hour-mark expired at 1:14 pm (1814 GMT) Friday. Three days is the limit that experts say people trapped in rubble without water, often with crushed limbs, can hold on. Families clung to hope as they watched rescue teams painstakingly work through the jumbled wreckage. But psychologists dispatched to the scene were already preparing to help relatives deal with tragic news. “The families are still hopeful, but we psychologists are starting to prepare ourselves to counsel them in the context of mourning,” said Penelope Exzacarias, who was on standby at a collapsed office building in Mexico City’s trendy Roma neighborhood.

Some 70 people were at work in the building when the 7.1-magnitude earthquake struck. Only 28 have made it out alive so far — all in the first hours. But Mexicans remember “miracle” rescues a week after a 1985 quake that killed more than 10,000 people in the capital. The government’s open-ended extension on rescue efforts posed a dilemma for emergency workers in the ruins of a clothing factory, just one of nearly 40 collapsed buildings in the capital. Meanwhile, Sergio Lopez spends his days inspecting buildings at risk of collapse in Mexico City following Tuesday’s quake. And he still can’t believe that a school where 19 children and six adults died collapsed like a house of cards. “It just should have stood up. It shouldn’t have come down,” he says angrily. Lopez is a structural engineer and he knows the ins and outs of earthquake-resistant construction code improvements as well as anyone. “Back in 1985, the code book was about 80 pages long. Now, it’s a massive brick — like 600-pages long,” said Lopez, 55, on his way to an inspection. Tuesday’s earthquake, which struck on the 32nd anniversary of the devastating 1985 quake, toppled 39 buildings in Mexico City.

Some 600 buildings damaged but left standing have to be checked to verify the state of their structure, according to Mayor Miguel Angel Mancera. Among the changes authorities put in place after the 32-year-old disaster, which left several areas of this metropolis of 20 million in ruins, is the use of steel-reinforced concrete, as well as weight-bearing regulations. Also, buildings have to feature mandatory escape routes. “Before, building meant putting up walls and on those walls they put slabs (roofs). Now they have to distribute the loads,” says Jonathan Uraga, a 30-year-old engineer who also checks buildings for possible damage.

Lopez points out that thanks to these new rules, this week’s tragedy was not on the scale of the 1985 disaster. He says that the buildings that fell “either were built before 1985, or, honestly, were poorly built, like the school.” In Tuesday’s quake, the neighborhoods hit hardest were the central Roma and Condesa zones, home to many charming buildings from the early part of the 20th century. Despite the tragic toll of nearly 300 dead from the earthquake, Christian Ledezma, a structural engineering professor at the Catholic University of Chile, believes damage to buildings was fairly limited. 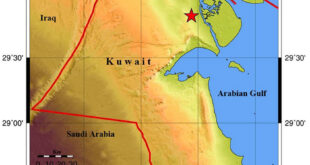 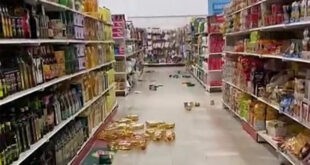 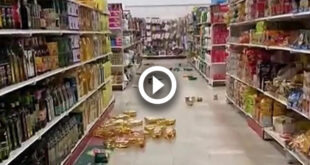