KUWAIT CITY, Feb 20: A new acting experience awaits director and artiste Ali Al-Ali during coming Ramadan with his participation in the drama series “In Memory of Shadow”, recording his name on the sequence of work alongside star such as Dawood Hussein, Abeer Al-Jundi, Yaqoub Abdullah, Shaima Ali, Ahmed Iraj, Muhammad Safar, Abdullah Abdulredha, Farah Al-Mahdi, Faisal Al- Mazal, Mansour Al- Balushi and others. In a statement to Al-Anba, Al-Ali did not hide his happiness for participating in this series with a distinguished constellation of artistes.

He said, he is very happy with “In the shadow memory” and his cooperation with artist Dawood Hussein and benefit from the experience of working with him for the first time on television, after having worked with him on the radio.

He noted, the series is beautiful and the atmosphere of photography is great, and here I must thank the brother of the young ambitious producer Abdullah Abdulredha and the production team who provide a sweet atmosphere on the location, which is reflected on our comfort as actors, and made us more focused in embodying our roles as required. Meanwhile, Artist Hussein Al-Mansour joined the drama series “Absher Al-Saad”, a story, screenplay and dialogue by Naif Al- Rashid, who also sponsored the directing mission, reports Al-Rai daily.

Talking about the new directing experience, she said: “This work is completely different from my previous directing experiences, as it is my first directing work for the commercial children’s theater.” The play ‘Baby Shark’ will be shown on the stage of Liberation Theater in Keifan starting from Feb 22.

The play is written by Fatima Al-Attar and directed by Manal Al-Jarallah with the participation of young actors including Youssef Al- Muhammad, Beihana, Fahd Al-Ahmad, Mishaal Al-Aidan, Mishaal Al-Farhan and a group of children. 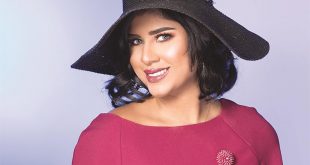 … a social drama close to the lives of ordinary people KUWAIT CITY, May 3: …