Continuation of efforts to combat corruption

KUWAIT CITY, Aug 31, (Agencies): The Kuwait Anti-Corruption Authority (Nazaha) announced Tuesday the referral of former leaders and employees of the Ministry of Public Works to the Public Prosecution on suspicion of committing the crime of unintentional damage to public money. Nazaha said in a press statement that the referral comes as a continuation of its efforts to combat corruption, ward off its risks and effects, and prosecute its perpetrators, by receiving serious communications with the conditions prescribed under Law No. 2 of 2016 regarding its establishment and its executive regulations. It indicated that the aforementioned accusation was found guilty in Article No. 14 of Law No. 1 of 1993 regarding the protection of public funds. Nazaha affirmed its intention to continue efforts and procedures regarding the examination and collection of evidence and investigations in all serious reports, complete with the conditions they receive, appreciating the role of whistle-blowers in exercising their role by helping them to access the necessary information and data on corruption incidents. It pointed out its commitment to provide the maximum levels of protection and confidentiality necessary for whistle-blowers, which are imposed by law and the executive regulations.

On Monday, Nazaha is in the process of completing investigations into a suspected case of forgery in official minutes at the Public Authority for People with Disabilities Affairs (PADA), reports Al- Qabas quoting informed sources The sources said that ‘Nazaha’ has asked PADA for a set of documents and files related to the case and the records suspected of being falsified. This came after Nazaha monitored what was published in the social media.

The sources revealed that the reports received by Nazaha in this regard were related to a change in the degree of disability in medical files and reports for some cases at the request of PADA officials, and accordingly an investigation was opened in the case and the collection of evidence and documents has begun. The sources added PADA cooperates with Nazaha in the matter of handing over the required documents.

The sources pointed out the keenness of the Director-General of PADA, Dr. Shafiqa Al-Awadhi to provide everything that is required from the authority regarding the case. The sources confirmed PADA is keen on tight control of all procedures related to medical reports and degrees of disability, in order to achieve justice, as there are clear instructions from Al-Awadhi that no interference will be tolerated from any quarters because the issue at hand is the protection of public money and it should go to people who really deserve it.

In other news, Head of the delegation of the Islamic Military Alliance Center for Combating Terrorism, Major General Pilot Muhammad Al- Moghidi, praised the role played by the Kuwait Anti-Corruption Authority (Nazaha) in looking into suspicions of corruption and raising public awareness of its dangers. This came in a press statement issued by Nazaha on Monday following a visit by a delegation from the Islamic Military Coalition against Terrorism Center to the commission, during which they were briefed on the commission’s experience in monitoring and following up on money laundering and terrorist financing operations.

Major General Al-Moghidi praised the role of Nazaha in receiving and examining financial disclosure statements, and the role in which it receives communications related to suspicions of corruption and community awareness about the risks of corruption, in addition to everything related to combating corruption. Acting Secretary-General of Integrity Dr. Muhammad Buzbar gave a detailed visual presentation to the delegation on the competencies and tasks of ‘Integrity’ and on Kuwait’s strategy to combat corruption 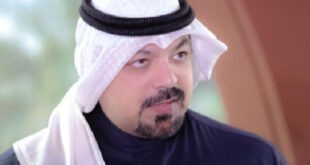