KUWAIT CITY, Sept 14: A Kuwaiti in his 40s has been arrested and detained at the Sabahiya Police Station and charged with attempted murder, reports Al-Anba daily. The daily added, he is charged with attempting to murder two compatriots both of whom have submitted medical reports showing injuries on their bodies. The suspect was caught inside the home of his relative. During interrogation he admitted to the charge and led police to the place where he had hidden the knife. It is not known why the man attacked the victims.

Kuwaiti motorist held for knocking down compatriot biker, killing him 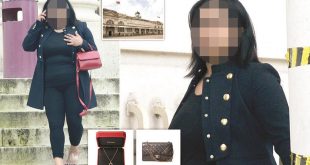 Woman ‘born in Kuwait’ sentenced for theft in UK

KUWAIT CITY, Sept 13: A British court has sentenced a woman ‘born in Kuwait’ to …