KUWAIT CITY, March 19: Coinciding with the end of the camping season, the Department of Hygiene and Road Works in the Ahmadi Municipality launched a campaign Thursday morning to remove the remaining camps in the open areas off the highway, reports Al-Jarida daily. The Director of the Department of Public Hygiene and Road Works in the Ahmadi Governorate Municipality, Faisal Al-Otaibi, confirmed told the daily the hygiene teams in the Ahmadi Municipality removed 18 camps that were still standing after the end of the specified camping period, explaining that demolition was in compliance with the decision issued by the Camps Committee.

The spring camp ended with the end of the season, but there are some camps standing with things thrown all over the place. Al-Otaibi indicated that the Municipality and the supervisory teams had previously emphasized the need to remove everything from the camping areas. He pointed out that the municipal teams in Al-Ahmadi Governorate continue to monitor the open areas and ask camp owners to need immediate removal, while the camps belonging to the animal breeders are given a deadline until they move away from areas where grazing is not allowed, especially near highways. He stressed that the concerned authorities are not lenient with violators in order to preserve the level of cleanliness and take legal measures against violators of public hygiene regulations and road works, not only in the open areas, but in all areas of the Ahmadi Governorate. 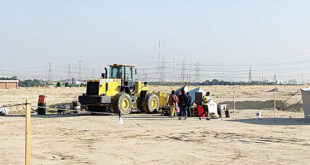 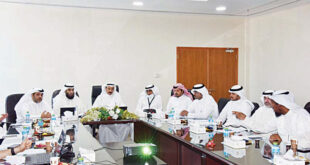 This post has been read 8259 times! KUWAIT CITY, Oct 11: Deputy Director General of …