KUWAIT CITY, Feb 23: Fire broke out on the ground floor of a building in Fahaheel area. No injuries were reported but material losses were incurred. According to sources, when the Control Room of Kuwait Fire Service Directorate received information about the fire, firefighters rushed to the location, evacuated 150 tenants of the building and extinguished the fire before it spread further. Investigations are ongoing to determine the cause of the fire.

Meanwhile, Jahra firefighters extinguished a fire that broke out in a camp in Salmi area. No injuries were reported but all the contents of the camp were reduced to ashes. Investigations have been launched to determine how the fire broke out.

In addition, fire engulfed a vehicle in Abdullah Al-Mubarak area. Firefighters rushed to the location after receiving information about the vehicle on fire. They extinguished it within a short time. And, a fire broke out in a shop serving as shoe storage at the second floor of Al-Lewan Complex in Eqaila area. Firemen reached the scene in a record time and evacuated the complex and managed to contain the blaze without it spreading. No human casualty was recorded, although the material loss was heavy. A case was registered. 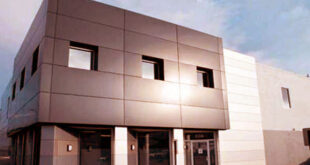 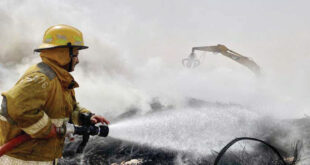 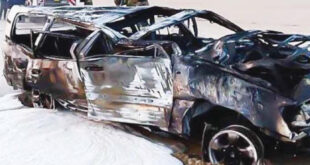 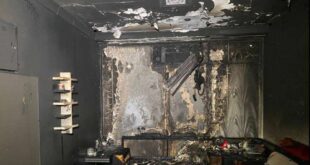 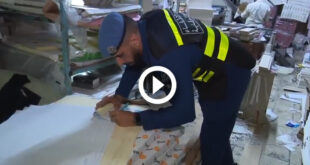 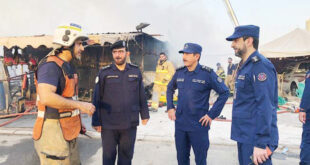