KUWAIT CITY, Jan 18: According to reliable sources from the Ministry of Public Works, three tenders for the maintenance of internal areas nationwide would be signed before the end of this month. All supervisory measures related to them were completed during the past days, reports Al-Qabas daily.

They affirmed that the three tenders cover all six governorates with one contract for every two governorates, and have a combined value of KD 15 million.

The sources indicated that the control and audit sector will submit the papers within the coming days to Minister Dr. Rana Al-Fares to sign them.

In another development, the sources revealed that the ministry has been facing a major problem in the Internet service for several days, stressing that this radically affects the possibility of electronic messaging among different sectors, as well as the electronic payment system for contractors’ dues in the projects implemented by the ministry in various sectors.

They lamented that the problem is getting more severe in light of the current COVID-19 crisis, and the consequent absence of a large percentage of employees based on health reports that allow them to be exempted from work, and the need for electronic services to replace paperwork.

The sources indicated that what makes the matter worse is also the absence of correspondents in the ministry for about two months due to the expiry of their contract and not extending them or signing a new one.

They revealed that the secretarial staff, along with the cleaning workers, are the ones who assume the tasks of the correspondents at the present time. 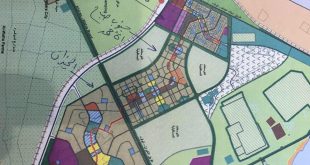 KUWAIT CITY, Jan 25: The Ministry of Finance recently released a tender for the provision …