KUWAIT CITY, Sept 15: MP Safaa Al- Hashem has unveiled a plan to grill Minister of Social Affairs Sa’ad Al-Kharaaz if the latter continues to allow the recruitment of expatriates, describing the situation as an “unnatural invasion.”

She pointed out that former Minister Hind Al-Sabeeh did not neglect this issue as the latter confronted visa traders by closing 120 case files and deporting more than 120,000 marginal workers.

She called for continuity of the former minister’s initiative, especially since public utilities have been deteriorating and residential areas in the heart of the homeland are being occupied by expatriate workers while citizens are being pushed to live in the suburbs.

She promised to remain vigilant in her fight against the demographic imbalance. She affirmed that this problem worsened due to the flawed vision and the past two governments’ lack of a sense of urgency.

She noted the Cabinet keeps statistics and studies to justify its action, but it lacks the will to execute. She reiterated the need to find solutions to the demographic imbalance considering the national security implications.

She clarified she is not calling for deportation of expatriates who contribute to the development of the country, but the marginalized laborers who negatively affect State services.

She added it is unacceptable for citizens to feel like strangers in their own country, as statistics show that expatriates constitute 70 percent of the population. She claimed some rich and influential figures are benefiting from the recruitment of a large number of expatriates. She pointed out the government has in its possession figures, studies and numerous parliamentary proposals; but these documents have been kept aside deliberately.

She believes one of the parliamentary proposals will greatly contribute to ongoing efforts to address the problem – imposing fees on all services provided to expatriates. She also urged the government to implement her proposal to impose road fees for all expatriates, similar to the practice in the United Arab Emirates. “We must also impose fees on expatriates’ money transfers,” she stressed.

In another development, Chairman of the Legal and Legislative Affairs Committee MP Khaled Al-Shatti denied a report published by a local newspaper on granting special passports to the wives and children of ruling family members and MPs.

He said the news mentioned that his committee convened a meeting more than two months ago during which it agreed on granting special passports to the above mentioned citizens. He clarified the passports granted to these citizens is in accordance with the law enacted in 1962 and nothing has changed since then.

He added the committee approved only the proposal of MP Ahmed Al-Fadel to ensure equality between men and women in implementing the law, such that the children and Kuwaiti husbands of female MPs and diplomats are given the same rights as their male counterparts.

Moreover, MPs Osama Al-Shaheen, Khaled Al-Otaibi, Abdulkareem Al-Kandari, Mohammed Al-Dallaal and Majed Al-Mutairi submitted a proposal to reduce the working hours of public sector employees taking care of the elderly. The proposal allows public sector employees to leave their workplace two hours earlier than the official end of working hours to take care of an elderly family member and this will not be deduced from the salary.

Share on:
WhatsApp
Share
Previous ‘No normalization of ties with Israel’
Next Fees for aircraft transit, parking and license issuance increase 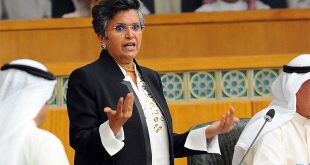 KUWAIT CITY, Feb 10:The Court of Cassation upheld the verdict of the Court of Appeals, …