KUWAIT CITY, Aug 16: MP Osama Al- Shaheen has submitted a proposal for the concerned institution to create a safety manual/ decree for escalators and conduct regular inspection campaigns to ensure strict compliance with the rules in this regard. Al-Shaheen decided to submit the proposal after hearing news about a child who got injured while on the escalator. He pointed out the absence of a button to stop the escalator worsened the situation; hence, the need to ensure that all escalators have a button to stop the machine immediately in case of emergency.

Meanwhile, MP Abdullah Al-Mudaf forwarded queries to Minister of Foreign Affairs and State Minister for Cabinet Affairs Sheikh Ahmad Nasser Al-Muhammad about the cybersecurity project which, he revealed, costs KD118 million. He requested for copies of studies on the project, comparison between the cost of the project in Kuwait and in neighboring countries, offers of companies that participated in the bidding for the project, institution tasked to execute and operate the project, and institution authorized to sign the contract.

MP Muhammad Al-Huwaila forwarded queries to Minister of Finance and Minister of State for Economic and Investment Affairs Khalifa Hamada on the alleged rejection of the budget that the Public Authority for Applied Education and Training (PAAET) needs for the construction of institutes in Sabah Al- Ahmad residential area. He said several students are suffering, because their institutes are located in Shuwaikh, which is almost 100 kilometers away from their houses. Therefore, he wants to know the reasons for rejecting the budget if the aforementioned allegation is true; stressing these students are in dire need of institutes near their homes. By Saeed Mahmoud Saleh Arab Times Staff 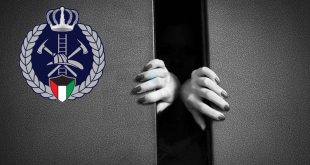