KUWAIT CITY, Jan 2: MP Askar Al-Anzi has submitted a proposal to grant KD 50 monthly to each Kuwaiti newborn and this amount will be transferred to the Public Authority for Investment which will then invest the money In his proposal, Al-Anzi suggested that the newborn citizen should receive the invested amount upon reaching the legal adult age; while 20 percent of the invested money will be reserved for the Future Generations Fund.

Meanwhile, MP Mohammed Al-Mutair has called on the Kuwaiti public to push for declaration of 2020 as the General Amnesty Year because he strongly believes the General Amnesty Bill will be passed this year. “All of us should come together and bring back smile and laughter to the families of those wrongly prosecuted through the passage of this bill,” he added.

Furthermore, the parliamentary Final Accounts and State Budget Committee will discuss Sunday the finances of the Education Minister for fiscal 2018/2019, including the reports and comments of the State Audit Bureau (SAB) and other financial supervising bodies, with the representatives of these bodies in attendance.

In addition, the Legislative and Legal Affairs Committee will meet on Sunday to deliberated on the request to lift the immunity of MP Riyadh Al-Adsani in view of media Case No. 528/2019 filed against him. The committee will also look into several bills such as the Verification and Documentation Bill in the presence Commerce and Industry Minister Khaled Nasser Al-Roudhan or his representative, and Minister of Justice and Minister of Awqaf and Islamic Affairs Dr Fahad Mohamad Al-Afasi or his representative. Moreover, the Family and Women Affairs Committee will elect its chairperson and rapporteur on Sunday; while the Human Resources Committee will discuss various items in its agenda and determine which of these items should be prioritized.

In another development, Al-Jaridah daily has quoted informed sources as saying that the Cabinet discussed in its recently concluded meeting the grilling motion submitted by MP Dr Adel Al-Damkhi against Minister of Social Affairs Ghadeer Asseeri which has been included in the agenda of the parliamentary session slated for Jan 7, 2020.

On the other hand, the daily also reported that Minister of Finance and acting State Minister for Economic Affairs Mariam Al-Aqeel responded to the query of MP Riyad Al-Adsani; asserting that the interest of the State is the basis for approval of requests to increase the special expenditures of the Interior Ministry. Al-Aqeel added the ministries of Finance and Interior have reached an agreement on the request to increase the expenditures, provided the public interest is protected. It has been reported that Al-Adsani asked the finance minister about the conditions for approving the Interior Ministry’s requests as per Letter No. 17575 dated Sept 9, 2018 and Letter No. 24229 dated Dec 20, 2018 to increase the expenditures of the Interior Ministry twice — by KD 5 million and KD 2 million. 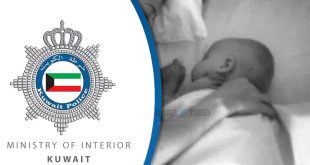