KUWAIT CITY, May 21: MP Ahmad Al-Fadhel was shocked when he was told by the immigration authorities at the Kuwait International Airport that he cannot leave the country due to a travel ban, reports Al-Shahed daily. The daily said Al-Fadhel was on his way to Cairo, Egypt and he was stopped by the concerned authorities at the airport. When the MP wanted to know the reason he was told there was a case pending against him which was filed during campaigning for the National Assembly elections. Without going into details, the daily said the ban was subsequently lifted after a ‘few’ hours and the MP flew out of the country.

4 held for drugs: The Hawally police have arrested four young people – three Kuwaitis including a woman – and an Egyptian woman for consuming drugs inside their car, reports Al-Rai daily. The arrest happened when the police saw suspicious looking two men and two women driving along the road. Police ordered the man behind the wheel to pull over and while checking their IDs police found they were abnormal. Police then checked the vehicle and found 84 drug pills. Police also discovered one of the men had been sentenced to five years imprisonment in absentia. When the police asked the suspects to enter the patrol cars, the Egyptian woman reportedly refused, saying she is suffering from unidentified problems and her condition had led her to consume drugs. They have been referred to the concerned authorities.

Four held for ‘prostitution’: Farwaniya securitymen raided a prostitution den in Jleeb Al-Shuyoukh, leading to the arrest of three Asian women and a pimp. Acting on a tip-off that a group of Asians are using their flat as prostitution den, the officers raided the flat where they arrested three Asian women and a male compatriot believed to be the pimp. Investigations revealed the women escaped from their sponsors and then practiced prostitution for KD 5 per hour. The women, along with the pimp, were referred to the concerned security department.

Black magic used: Police have arrested an unidentified 55-year-old Indian, identified only as H.B., working for a shipping company for using black magic to complete his transactions, reports Al-Shahed daily. The arrest happened immediately after the Indian arrived at one of the departments affiliated to the Ministry of Interior and guard suspected him. When police searched him they found on him talisman and some magic tools. Asked why he was carrying such objects, he said, they helped him complete transactions faster. 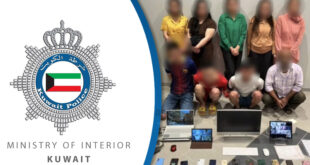 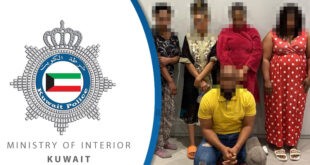 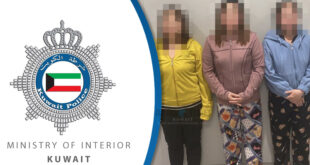 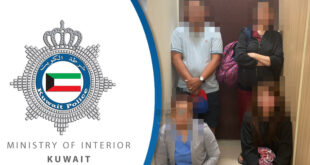 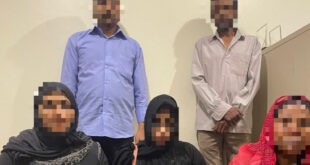 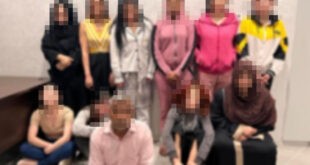 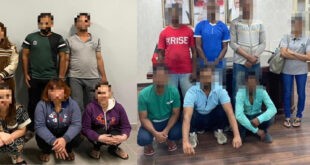 This post has been read 3960 times! KUWAIT CITY, Jun 7: The Ministry of Interior …