KUWAIT CITY, Oct 8: MP Osama Al-Shaheen has submitted a proposal to obligate administrative, supervisory and technical committees at the Ministry of Communications to include Social Science experts as members to evaluate media content and eliminate anything which promotes crimes.

He presented the proposal based on a statistical report stating that the crime rate in the country increased by 90 percent from 2010 to 2011. He said 1,814 juvenile cases were recorded in 2013 while the number of criminal cases with casualties reached 4,128.

He emphasized the need for the concerted efforts of officials and the public to curb the rising crime rate. He cited the increase in vandalism and assaults on law enforcers – stressing that the problem will not be solved through the coordinated efforts of the media and Ministry of Interior alone as

the ministries of Education, Social Affairs, Awqaf and Islamic Affairs should do their part as well. On the other hand, MP Mubarak Al- Hajraf, through his Twitter account, divulged a number of documents and video clips which he labeled as “new scandal that Minister of Commerce and Industry Khaled Al-Roudan has fallen into.”

Stressing that he will not remain silent amid such blatant violations, Al-Hajraf described the documents and video clips as “conquest of paper works.” He said the documents and video clips he released prove that the minister is keen on maintaining his “political apathy and general negligence” by faking paper works which, the minister hopes, will serve as proof of his non-existent achievements and hold on to his seat a little longer. He added the minister’s behavior harms young Kuwaitis and their dream of having their own business.

He also revealed that he obtained information on the intention of the Public Authority for Industry (PAI) to allocate 700 units in Al-Shadadiya and Salmi. If this is true, it only raises suspicions as not even one brick has been laid down in this project, the lawmaker asserted. He claimed the minister has taken advantage of the board of directors at PAI and committed numerous violations despite the objection of some board members in a bid to have this “imaginary achievement.” He said there has been nothing but briefings, presentations and meetings; yet the minister made it appear like actual progress.

This has prompted the MP to submit a number of queries to the minister, advising the latter to respond within the period stipulated in the Constitution so he can include them in his interpellation request. He intends to address several grilling points presented by citizens who were harmed due to the minister’s negligence.

The MP requested for copies of all dialogues and correspondences on the allocation of units in Al-Shadadiya and Salmi, along with approvals for such construction. He also wants to know whether any member of the PAI board of directors objected, way of handling the objection, and basis for announcing the allocation of 700 units — each of which measures 1,000 square meters — considering the absence of blueprints and approval from the concerned authorities. 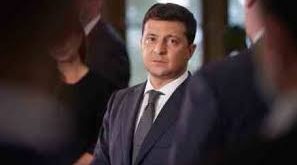