KUWAIT CITY, April 5: Former MP Kamel Al-Awadhi has praised the decision taken by the Minister of Commerce and Industry Khaled Al-Roudhan on the issue of recruitment of household workers in coordination with the Ministry of Foreign Affairs, particularly its realistic views on the cost of recruitment, reports Al-Seyassah daily.

Al-Awadhi hopes the difference between real cost and profits made by the recruitment agencies whether, irrespective of the company either Al-Durra Company or the Household Employment Offices will shrink.

He added the law allows the Al-Durra Company 10 percent while the current profit percentage is in the range of 150 and this big difference has to be reconsidered.

Al-Awadhi added the minister’s decision has contributed to stopping the rise which is good, but he did not succeed in reducing the price or creating a reasonable competitive environment between the recruitment agencies.

Margin
As a result of this the profit margin has widened by about 15 times, an action which is contrary to the law that was issued by the National Assembly. Al-Awadhi also pointed out opening the door for citizens to recruit domestic workers directly will contribute to reducing the price and creating a competitive environment.

Meanwhile, he has stressed on the need to test the new Ethiopian household workers both from the social and psychological point of view and keep away from the group age that committed crimes in the past which was the initial cause for slapping a ban on the employment of Ethiopian maids at that time. Al-Awadhi added if a sponsor brings the maid directly from her home country he pays the recruitment office KD 390 and if a sponsor chooses a maid from the recruitment office, he pays KD 990, this discrepancy in the price should be addressed.

Meanwhile, several Kuwaiti women including housewives affirmed that the country needs alternative sources of domestic workers, due to which lifting the ban on recruitment of Ethiopian domestic workers is an evil that everybody must be ready to live with, reports Al-Anba daily.

The reaction of Kuwaiti women including housewives concerning the decision of Ministry of Interior to lift the ban on hiring Ethiopian domestic workers is important, because the ministerial decision affects them directly more than anybody else. It was for this purpose that the daily posed questions to some of the women.

Outcome of the opinion poll indicated that majority of the respondents preferred the least of the two evils, which is hiring Ethiopian domestic workers as against coping with insufficient workers.

Few others opted for hiring domestic workers of Asian nationalities such as Indians, Sri Lankans and Indonesians, because they are less dangerous. Umm Abdulaziz, a mother of three, declared that she cannot manage without domestic workers, because she is a working mother due to which the presence of a worker at home is a necessity.

However, she indicated that she prefers Filipinas due to their high-level of hygiene and their ability to take care of children. Umm Abdulaziz stressed that most of the Ethiopian ladies may need to be monitored as they are all said to be suffering from psychological traumas or are ex-convicts.

Meanwhile, Asma Al-Saadi described the lifting of ban on hiring Ethiopian housemaids as a necessary evil to replace Filipina workers who have been banned by their government, adding that domestic workers from other Asian countries such as Indonesia no longer opt to work in Kuwait.

Positive
She posited that not all Ethiopian ladies are dangerous, and that treating them nicely will produce positive results. Umm Ahmad, in her response, disclosed that domestic workers are gradually on the verge of becoming extinct in Kuwait due to which there must be a way for ensuring their availability especially since everybody in the country is used to their services.

She suggested that the lifting of the ban should be accompanied with the specification of strict rules and regulations.

This is more necessary considering the fact that there are massive doubts about Ethiopians involvement in criminal activities. However, such an impression should not be generalized. Umm Ahmad said she prefers an approach that can guarantee cleanliness of the workers and comprehensive medical tests to ascertain their physical and mental fitness. 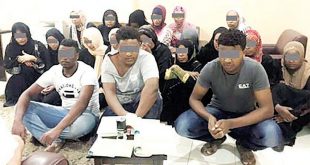 Kuwaiti woman jailed for 10 years for killing her maid 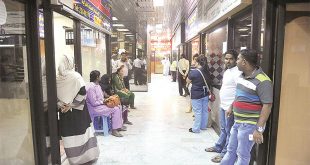