KUWAIT CITY, Jan 3: According to supervisory reports, there are more than 78 vacant supervisory and leadership positions in the Ministry of Education, They vary between head of department, superintendent, director of administration and general director in various sectors in the ministry’s headquarters and the six educational zones, reports Al-Qabas daily. In this regard, informed sources explained that some of these jobs remain unoccupied for years but the time has come to fill them all with national competencies and deserving employees, especially since they include highly sensitive positions linked to millions of tenders, and their continuation is extremely dangerous.

According to the audit and review work of the State Audit Bureau, the ministry did not fill some supervisory positions in various organizational units. Necessary measures were not taken to fill them in accordance with the provisions of CSC’s resolution No. 25/2006, as they were occupied under assignment basis for long periods in some units, which results in weak internal control.

This is because the assignees are responsible for other supervisory functions, which is not consistent with the huge number of employees and the large number of organizational units within the organizational structure of the Ministry of Education.

Occupying
The sources explained that the State Audit Bureau stressed the need for occupying all supervisory positions in accordance with the provisions of the aforementioned CSC resolution in order to avoid weak internal control and disrupt the functioning of these units. Not occupying these positions is a violation that has been repeated in the Ministry of Education during the past years and must be avoided.

There are a number of administrations, directorates and departments with vacancies in the six educational zones especially Jahra, Farwaniya, Capital and Mubarak Al-Kabeer. About 11 vacancies have remained open in the information systems department for more than four years, ten vacancies in the educational development and activities sector, six in the financial sector and five in the educational facilities sector, planning and others. The sources stressed the necessity of filling these vacancies as soon as possible, in order to preserve the interest of work, and contribute to creating job stability and development of work. They said the Public Education sector, in its response to the State Audit Bureau, affirmed its keenness to fill all vacant supervisory positions, as a ministerial decision was issued on December 31, 2019 with additional conditions and rules for occupying supervisory positions and the procedures for occupying them.

The sources said, “The country’s exposure to the COVID-19 pandemic and the disruption of work in government departments led to the delay in announcing these jobs. Upon resumption of work, the Public Education sector has been keen to take the necessary measures towards announcing vacant supervisory jobs in the educational areas and the departments affiliated with it”.

According to reliable sources, the concerned apparatus held an extraordinary meeting recently at the Ministry of Electricity and Water to discuss 56 items from the terms of the ministry’s tenders, with the aim of urgently putting them forward and determining the reasons they were delayed. One of the most important items that was discussed was the tenders related to electrical power stations and water stations for the maintenance and modernization of equipment and others. In addition, Minister Dr Al- Fares discussed with the ministry’s undersecretaries and members of the technical team the final report about the demand for electricity and water for the next twenty years. The ministry’s plan to meet the demand was reviewed in line with statistical and scientific models. 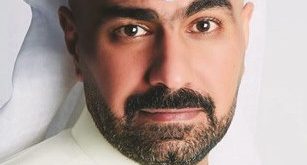 KUWAIT CITY, May 8: The Civil Service Commission has requested the Kuwait Municipality to terminate …