In an exclusive interview, he said, “The value of monthly electronic payments jumped since July by 25 percent to KD 2 billion compared to their levels during the months of January and February when it was about KD 1.6 billion”.

Al-Ajmi indicated that electronic payments had fallen to their lowest level ever at the beginning of the COVID-19 crisis in May 2020, recording about KD 950 million, which was a decrease of 40.6 percent compared to the monthly rates recorded at the beginning of this year, but it began to double as of July.

He declared that electronic payments have almost maintained their rates above the level of KD 2 billion during the month of August and this rate is expected to continue in September, as per the current levels since the beginning of this month.

Al-Ajmi highlighted that electronic payments began to rise significantly as of June 21, following the Cabinet’s decision to end the third phase of the plan for the return to normal life, and the resumption of operations in commercial complexes and shops in line with the precautionary measures, which made electronic payments jump directly in the following month to break the barrier of KD 2 billion per month.

Al-Ajmi went on to explain that electronic payment transactions through apps and the Internet have jumped by 109 percent with monthly operations increasing from five million before the crisis to ten million operations as of July. On the other hand, ATM withdrawals decreased by six percent in July compared to the rates in January and February this year. Transactions via points-of-sale (POS) increased by seven percent during the same period.

He clarified that the need of cardholders and business owners in the private sector as well as government agencies to pay played a great role in encouraging the use of electronic services in various walks of life, either through booking appointments or electronic payment. This contributed to removing the barrier of fear of technology in some dealers. It is not expected to return to the above, either by customers or even service providers, especially those affiliated to the government.

Elaborating on KNet’s efforts and initiatives during the COVID-19 crisis, Al-Ajmi revealed that KNet raised the ceiling from KD 10 to KD 25 per transaction for the K-TAP payment service without the need to touch the devices and without a password.

Al-Ajmi indicated that 80 percent of the POS transactions are carried out using the K-TAP service without touching the device.

He disclosed that raising the value of payment through the K-TAP service had increased the percentage of contactless payments from 50 percent when it was KD 10 to about 75 percent after raising it to KD 25, without the need to enter a password.

Al-Ajmi highlighted the fact that collecting receipts for all transactions is optional.

Al-Ajmi said, “While banks postponed loan installments for a period of six months, KNet offered an initiative to serve customers by exempting them from automated withdrawal fees (100 fils for the process). Also, banks were exempted from imposing any fees on merchants, including the fees for POS devices and that for making electronic payments via the Internet, initially for a period of three months, which was later increased to six months”.

He revealed that the company lost half of its annual revenues due to its social responsibilities and the responsibility of the banking sector towards the society.

Al-Ajmi insisted that the company cannot bear the cost of such exemption for another six months, especially since its revenues depend entirely on these fees, adding, “The volume of expenses had increased tremendously after the significant growth we have witnessed in electronic payments during the previous period”.

He stressed that, “It is difficult for companies to continue for a year without revenues in light of the increased expenses as a result of the repercussions of the partial curfew and total lockdown, and in order to cover the increase and growth in operations in some channels”.

Al-Ajmi said, while the business sectors are suffering from great losses as a result of the partial curfew and total lockdown, there are other sectors that increased their activity in a noticeable manner. For example, one of the cooperative societies had one day made a request to increase the number of POS devices by 70 devices.

He explained that KNet had to install 3,000 additional devices during the crisis in cooperative societies, hospitals, pharmacies, etc. Many business owners focused on delivery services and online sales during the crisis and lockdown periods. KNet also played a huge role in providing services to the areas that were completely isolated. For example, Mahboula area had only 12 cash withdrawal machines inside the stores, and with the closure of those stores, the company moved its fleet of cars rented to banks and operated them in those areas throughout the isolation period, providing it with funds more than once a day.

Al-Ajmi declared that the total lockdown and the closure of businesses caused the number of POS devices operating in Kuwait to drop from 70,000 to only about 5,000.

Regarding cooperation with the government in terms of electronic payments, Al-Ajmi explained that the crisis accelerated the pace at which the government offered electronic services, especially the services of the Ministry of Interior. Government transactions were completely concluded, starting from work permit to health insurance, residency and civil card related transactions. All of these services are currently provided electronically. This is in addition to other government services, such as renewal of driver’s licenses and car papers, which has contributed to reduction in congestion.

He revealed that during the crisis and following the opening of the border checkpoints and crossings, KNet offered a new service, which was to accept credit cards from various countries to facilitate payments for those coming into Kuwait.

Also, Al-Ajmi highlighted the rapid development that KNet devices are witnessing, affirming, “Today, KNet has about 16 different types of POS devices. A small device has been introduced for the machines that sell on their own, and another that allows a business owner to create his own applications on the device that is running on the Android operating system”.

He indicated the provision of many solutions and devices that work with integration between the merchant system and the POS device provided by KNet, as KNet currently has four-five devices that achieve this integration, and many of those devices have been installed and are operating in government agencies and the private sector.

Al-Ajmi said the COVID-19 crisis has established electronic payments as safer than cash transactions, which may contribute to the transmission of the virus, but it cannot be asserted that all spending was through electronic channels, as the circulation of cash had a share in the market, albeit tight during the first few months of the pandemic outbreak.

Al-Ajmi explained that KNet is not a monopoly for services, and it does not provide any services directly to customers but through banks. The customer has the right to obtain the lowest prices and benefit from competition between banks. After choosing the bank, the customer agrees on the right price to implement the service for him and provide it at the required level.

He emphasized that electronic payment contributes to providing accurate instant statistics for the decision-maker, and helps to expedite the appropriate decision-making process during crises. He indicated that this is what KNet did through the implementation of its plan during the crisis period, as it carefully studied consumers’ behavior and provided electronic payment methods that commensurate with the changes witnessed in the market during the previous period. 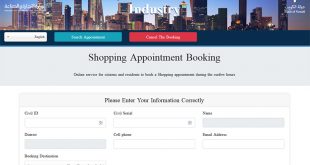