KUWAIT CITY, Aug 10: A money exchange company registered a case against an Indian after they discovered that the money which was to be transferred were counterfeit.

The employee of the exchange company suspected the banknotes that an Indian client presented to him in order to transfer them to his country. He quickly matched them and sought advice through colleagues and through a money detector device which was present in the exchange company. After knowing that the currency which was presented to him was fake they withheld the amount and reported it to the company management immediately.

The Al Rai reported that the company’s management insisted on registering a case despite the client’s attempts to change the notes to which they refused, the sources stated that the investigation authorities summoned the culprit for investigation  to find out if he had more of these paper and from where he had obtained it or does he belong to money counterfeiting network in Kuwait.

Incidents of counterfeit currency through  money exchange companies are very rare due to modern devices; fake currencies can be discovered quickly. 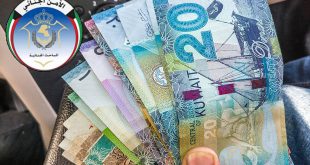 ‘You will be rich overnight’ … Kuwaiti cheated by African gang

KUWAIT CITY, Oct 27: An unidentified Kuwaiti who was overtaken by greed is cursing himself …