KUWAIT CITY, May 23: Official statistics from the Central Bank of Kuwait revealed that money exchange companies achieved record revenues and net profits, reflecting a large movement in the volume of expatriates’ remittances that are expected to set a new record in 2022, reports Al-Anba daily. According to the report, 32 exchange companies earned a total of KD 25.8 million by the end of the first quarter of 2022 — the highest since 2015.

This includes KD 18.26 million from selling currencies that is the highest eight years. They also recorded a net profit of KD 13.4 million — the highest since 2015. Meanwhile, the video game market remains resilient as the world begins to reopen after the Corona pandemic with continuous revenue growth estimated at $203.1 billion through consumer spending in 2022 — an increase of 5.4 percent year on year which is a new record for the market, reports Al-Anba daily.

Game lovers will reach 3.09 billion globally by the end of the year, according to the game market analysis site ‘newzoo’ as published on AlArabiya.net. The revenue of the gaming market is estimated at $192.7 billion in 2021, up 7.6 percent year on year, as per the data from more than 140 listed game companies. 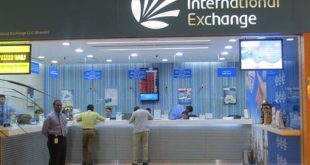 This post has been read 5062 times! ‘Business significantly affected’ KUWAIT CITY, Nov 12: Some …