KUWAIT CITY, June 25: Officers from the Weapons Investigation Department in the Interior Ministry confiscated bullets which were discovered inside the bag of a doctor who died one year ago in the Central Blood Bank building in Jabriya while searching his room. The confiscated bullets were then handed over to the relevant authorities. According to a security source, the Operations Unit received information that bullets and a shozan gun were found inside a bag in the room of the doctor. The securitymen rushed to the blood bank where they discovered the bag contained bullets only, not a gun.

Restaurant located: An emergency team from the Commercial Control and Consumer Protection Department in the Ministry of Commerce and Industry has identified a restaurant located in Al-Sadeeq which appeared in a video clip where grilling is done outside the street using a tool that burns roof surface of houses.

In a press statement, the ministry disclosed the team raided the restaurant and confiscated the tool being used for grilling, in addition to issuance of citations for six violations including sale of expired foodstuff. The violators and confiscated items were referred to the concerned authorities where necessary measures have been taken against them.

The ministry also informed that the Control Sector of the ministry raided a store selling imitations of a famous trademark of sanitary tools. Around 7,000 counterfeit items were found to be being sold in the local market as genuine. The team issued several citations and referred the violators to the prosecution.

Female guards honored: Assistant Secretary General for National Assembly Guard Affairs Major General Khalid Al-Waqit recently organized an event to honor many female guards at the National Assembly on the occasion of their graduation from Basic Course Number One — methods and skills of security inspection and effective principles — from May 8 to June 9, 2016.

Asian injured in accident: An Asian expatriate sustained injuries when his vehicle toppled on Kabad Road, reports Al-Seyassah daily. When the Operations Room of Ministry of Interior received information about the accident, securitymen and paramedics rushed to the location and rescued the motorist who was trapped inside his vehicle. Paramedics referred him to Farwaniya Hospital for treatment, while securitymen moved the vehicle from the road. 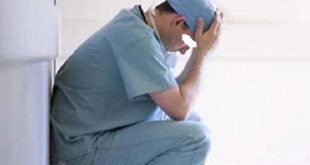 Doctor pays for his error

Diagnosed for cancer by Kuwait Ministry of Health KUWAIT CITY, Aug 19: In one of …