KUWAIT CITY, June 12: About 30,000 persons have received their second dose of the ‘Oxford’ in its first round, bringing the total vaccinations given by Kuwait to citizens and residents since the start of the national campaign for vaccination against ‘Covid 19’ since the end of last December until now to about 2.75 million people, or 64.37 percent of the entire population eligible for vaccination. While the Ministry of Health harnessed all its soldiers and efforts to complete the immunization of those eligible for the second dose of the “Oxford” vaccine in record time which did not exceed a week, a number of those eligible for the vaccine are stuck with the doubt in their mind about the safety of the vaccine and refused to receive the second dose in exchange for receiving two additional doses of the Pfizer vaccine. Doubting the validity of the third shipment of the Oxford vaccine extended to spreading rumors about its invalidity and called for a boycott of the vaccine on various social media sites, rumors that the Ministry of Health confronted and denied in detail.

Statement
The Ministry of Health confirmed in an official statement that everything that is being said about the third consignment of the Oxford vaccine is incorrect, noting that the ‘Oxford’ vaccine, which is produced in Russia, is licensed and approved by ‘AstraZeneca’, and that the manufacturing process and all procedures are under the supervision of ‘AstraZeneca’ which is the licensing company. The Ministry of Health said it had received the third batch of the ‘Oxford’ vaccine after matching the results of its samples with the technical specifications, and making sure that it was stored in accordance with the approved temperatures and storage conditions. The ministry explained the effectiveness of the first dose of the ‘Oxford’ vaccine increases with the lengthening of the period of the second dose to more than 12 weeks, as shown by scientific studies and realistic statistics.

The Ministry of Health indicated that the antibody measurement analyzes were evaluated to measure the possibility of a previous infection within a specific data, and were not evaluated to measure the amount of antibodies after vaccination. The sources stated that some of these analyzes monitor different types of antibodies (IgG, IgM), and therefore they do not have the ability to monitor the specific antibodies resulting from vaccination. The Ministry of Health confirmed that, so far, no blood test to measure antibodies or others has been approved or licensed as a measurement standard for acquired immunity after receiving the “Covid-19” vaccine or after infection with the disease, and that most of the tests available in this field are currently not considered an approved immune measure.

On the other hand, the head of the advisory committee to confront Corona, Dr. Khaled Al-Jarallah said more than 30,000 people received the second dose of the “Oxford” vaccine last Wednesday, which is the first day of the vaccination campaign for the second dose of the “AstraZeneca” vaccine. Al-Jarallah said in a tweet on his Twitter account: “There is a fluctuation in the flattening of the epidemic curve and the beginning of a return to the rise in (what he called) clinical occupancy.” He talked of the wave of epidemic outbreaks in the Gulf continues in light of the possibility of new regional and continental developments, pointing out that the Ministry of Health is dealing with an epidemic, sustainable health care and misinformation campaigns. By Marwa Bahrawi Al-Seyassah, Arab Times Staff 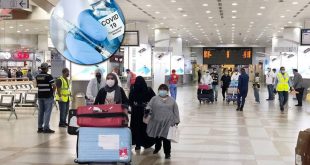 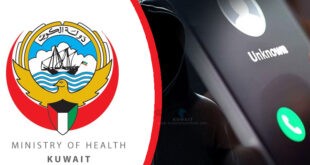 Fraud phone calls ‘DO NOT SEND YOUR VACCINATION CERTIFICATES’