KUWAIT CITY, May 31 The health sector vehemently denied news on the alleged falsification of novel coronavirus infection certificates in exchange for a certain amount to benefit from the incentive approved by the Council of Ministers recently for the infected Kuwaiti frontliners or the support staff in the concerned government agencies – twice the monthly salary during the infection period or one-time payment of KD 8,000 whichever is higher.

The sources pointed out it is impossible to falsify such certificates; considering the system used for storing test results from laboratories, including the data of the infected persons, is impenetrable.

Sources said whoever tries to forge the certificate will not benefit from it unless his name was included in the system from Feb 24 to May 31– the period specified in the mechanism for the disbursement of the incentive.

Sources added the controversy began when a citizen uploaded a video clip in which he revealed that he sent a letter to the health minister requesting for a meeting with the latter to present what he claimed to be a “forged duty list” in his possession.

However, his message was circulated with another letter about the falsification of infection certificates in exchange for KD 500. He later recorded another video clip, explaining that this statement is incorrect as he did not talk about the money in exchange for falsifying certificates. He then unveiled his plan to meet with the Ministry of Health officials on Sunday.

692 recover from coronavirus in Kuwait 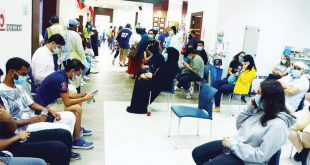 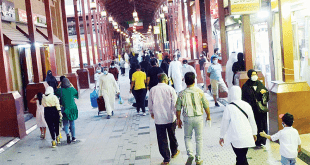 731 recover from coronavirus in Kuwait

KUWAIT, Aug 11: The Ministry of Health stated that the number of coronavirus recoveries in …