KUWAIT CITY, Nov 4: The issue of delayed payment of salaries for employees of Ministry of Education has reemerged with the current delay of three months in paying the salaries of the security guards of schools affiliated to Farwaniya Educational Zone, reports Al-Anba daily.

According to sources, about 300 expatriate security guards have not received their salaries since August 2019. The reason is that the ministry has not yet received the approval of the tenders committee. Efforts are being exerted currently to renew the contract which had expired in July.

Share on:
WhatsApp
Share
Previous ‘Deportation prison is the only security dept authorized to deport expatriates’
Next Kuwait aviation regulator expects ‘meteoric growth’ in next decade 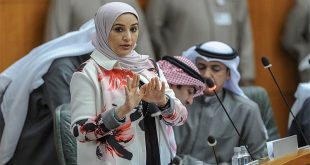 Ministry, CSC looking for solutions to issue of pending salaries of expat teachers

I came to Kuwait in April 2019 from India. I am working in private company. …