Message from Slovakian ambassador to Kuwait

I am delighted to note that the friendly ties and good cooperation between the Slovak Republic and the State of Kuwait have continuously developed over the past decades; as well, I am convinced that our countries boast great potential on the way to developing mutually beneficial cooperation in the political, cultural, scientific, commercial and economic spheres. May I take this opportunity to wish His Highness robust health, every success and the friendly Kuwaiti people continued progress and prosperity.

Share
Previous Seismic shift in MP bill on agency; End to privilege
Next Message from Mexican ambassador to Kuwait 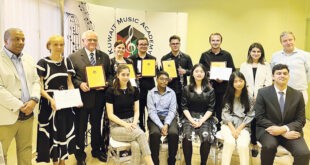