KUWAIT CITY, Nov 22: The massacre of heritage is a national security crime. Kuwait has lost 900 artifacts that tell the history of the first beginnings of the existence of the Kuwaiti human being and his ancient civilization from the Hellenistic and the ancient Greek and the Greek eras up to the end of the Islamic civilization without the slightest responsibility.

About 8,500 artifacts representing all the historical periods that Kuwait went through are registered in the records of the Department of Antiquities and Museums. The search and investigation resulted in the existence of about 7,600, but 900 pieces dating back to ancient times have not been inferred until now, amid many questions about their fate.

The question that needs answers is: Have they just vanished in thin air, were they stolen or sold? In this context, informed sources confirmed to the Al-Seyassah daily that the loss of these artifacts represents a tragedy and an attempt to erase the Kuwaiti heritage.

The blame falls on the heads of the former ministers of information and successive officials of the National Council for Culture, Arts and Letters (NCCAL) since the period of the brutal invasion of the country by Iraq, while none of these treasures have been found.

The sources pointed out that all the pieces bear the number and date of finding them and the historical period, wondering about the final reports about the results of the search for these pieces and the inventory, especially since the attempts to find the lost relics is still covered with secrecy at the NCCAL.

The sources explained there is an inventory committee led by Suleiman Boland in charge of searching and finding these precious treasures and that the committee managed to find about 7 thousand pieces, but the rest no one knows if they were stolen or were taken outside Kuwait? If this is the case, who is responsible for smuggling them, and how they can be retrieved, which can be good enough to fill one museum which represents a great archaeological treasure.

What did these people do during their tenure? Where are the final reports on the results of the search for these pieces? All these reports are requested to be published in all transparency to the public, the mechanism of documentation and registration by the NCCAL, and how to preserve the antiquities discovered in the archaeological areas of Kuwait. The sources emphasized that in the face of the loss of these pieces, there are only two options – either there is negligence that led to its loss, or it was lost by an action, and what is going on inside the secret corridors is the secrecy of this situation, which of course has not been and will not be announced.

Sources quoting people familiar with this matter said the attempts to find the lost antiquities is done in extreme secrecy, noting that it is known that all museums in the world have specialists in restoration to treat the discovered pieces and return them to their original condition or closest to the state it was in. And, perhaps, the missing pieces of the antiquities of Failaka constitute a large part of the ancient history of Kuwait, and its effects date back to the Hellenistic eras.

With the issuance of the legislations that sponsored and regulated the archaeological work with the issuance of the Antiquities Law in 1960, which is one of the first laws in the Gulf region, the National Council for Culture, Arts and Literature was established, and since 2004 the Council has been concerned with the cultural heritage in the State of Kuwait. 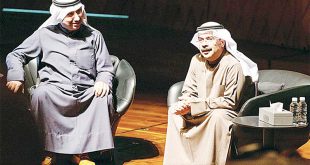 This post has been read 28283 times! Heritage, culture forgotten I had previously written an article …