KUWAIT CITY, Jan 2: The Misdemeanor Court of Appeal has nullified verdict of the lower court that acquitted a bank manager, bank staff and a police officer sued for revealing the itinerary of a female banker (colleague of the two accused persons). The court thereby refrained from pronouncing punishment for their action, and released each of them on KD300 bail bond before referring civil aspect of the case to the Civil Court.

The Public Prosecution Department charged the first defendant (a police officer at Residency Affairs Department of the Ministry of Interior) of obtaining private information concerning the plaintiff’s itinerary (exit and entry to the country) and releasing the information to her office without her consent or citing legal situation that could have warranted such action.

It alleged the second and third defendants (bank manager and staff) connived with the first defendant to commit the offense by providing her civil ID number to facilitate the crime. Representing the plaintiff, Lawyer Abdul-Mohsen Al-Qattan demanded temporary compensation of KD5001 in favor of his client, indicating affirmation of the allegations with criminal mindset was enough to convict the accused persons. 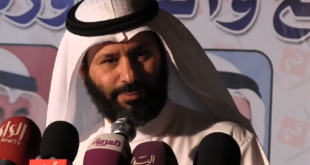 Ex-MP out on bail

No bail for ‘killer’, Jan 2 hearing

Bouyabis out on bail, hearing Jan 8 – Ruling on ‘stormers’ delayed

CEO of firm released on KD 5,000 bail ordered to be rearrested

This post has been read 6865 times! KUWAIT CITY, Dec 3: The Public Prosecutor General …