KUWAIT CITY, Feb 19: Major decisions concerning expatriates working in the government sector will be taken soon, as part of measures to address the lopsided population structure of the country, says Minister of Social Affairs and Labor and State Minister for Development and Planning Affairs Hind Al-Sabeeh. Al-Sabeeh made the announcement during the annual meeting of the Engineers without Borders Kuwait Chapter recently.

Talking about the alleged maltreatment of wards in the Elderly Welfare Home, the minister affirmed commitment to provide the best care for these wards. She stressed that if some officials are taking negative actions, the ministry will fully investigate such cases.

She pointed out it is normal for human beings to commit errors, adding that some people have been referred for investigation while many others were transferred to various departments. She said appropriate decisions will be taken against those proven to have violated regulations whenever such cases are brought to the attention of the ministry.

Projects
On the other hand, she disclosed the 2017/2018 development plan includes five projects presented by Kuwaiti youths. She affirmed that the civil society organizations are working towards development; hence, the need to support such efforts through various methods and capabilities within the prerogative of the Ministry of Social Affairs and Labor and State Ministry for Development and Planning Affairs.

Meanwhile, in an unrelated development, the State spends an average of KD 9,700 for the air conditioning system per house annually with 15.8 hours of operation daily, while a citizen pays only KD 485 – five percent of the total cost, reports Al-Qabas daily quoting sources.

Sources disclosed this information was derived from the latest statistical report which also revealed that the State bears an average cost of KD 1,310 for the normal thermal lighting per house and a citizen pays only KD 56.

Sources stressed the need to use this type of lighting in order to save energy and reduce heat leakage inside the house, taking into consideration the rising number of residential units.

Sources pointed out this will limit the use of air conditioning units that constitute about 70 percent of the total electricity consumption.

Sources added houses in four new residential cities will be distributed soon and the estimated cost for producing electricity that these areas need is estimated at KD20 billion; hence, the importance of rationalizing energy consumption through the use of normal thermal lighting. 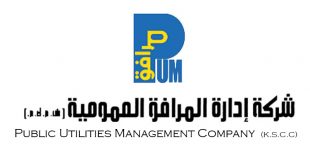 KUWAIT CITY, Dec 29: General Administration of the Residence Affairs Investigation over the past few …