Major companies opt to employ Bhutanese instead of Filipinos in Kuwait

University graduates salaries up to 250 dinars

KUWAIT CITY, Feb 15: In recent lack of consistency in Filipino workforce to Kuwait, Bhutanese labor force appeared on the scene which was praised by large number of companies which have already begun to take official measures to bring in a large number of Bhutanese reports Al Rai, sources said that the Bhutanese labor force that has arrived, or is expected to arrive, does not include domestic workers, since the Kingdom of Bhutan does not allow its citizens to work as domestic workers abroad.

The Kingdom of Bhutan, known as “The Land of the Thunder Dragon” located between India and China, has been able to develop economically in the past years, as it has become one of the fastest growing economies.

An official of one of the major companies in Kuwait, coordinating with the Bhutanese government, said that “The Bhutanese government is keen to export the youth so that they have a future opportunity to return to their homeland and to contribute to the reconstruction of their country, it is worth mentioning that the Bhutanese are similar in appearance to Filipinos, but they are distinguished from them by a greater degree of proficiency in the English language”.

Sources further stated that the education level in Bhutan is very high and the lowest level of education you can find among them is the high school diploma. The Ministry of Labor in the Kingdom of Bhutan coordinates with companies in the Gulf countries and the Bhutanese government for its part facilitates all procedures for completing sending its workers abroad, and the company only has to send a representative to it, to see those procedures that include announcing employment interviews, as well as exempting the company representative from taxes, all fees, and cancellation of all agreement.

He stressed that the Bhutanese government does not send its workers abroad except to work in companies with group contracts, and refuses to send them as drivers or as domestic workers, it is expected that this workforce will have a great future in Kuwait, although their experience has not yet reached the experience of the Filipino workers.

The demand to employ Bhutanese nationals have increased due to Philippines labor crisis hence there are lot of Bhutanese nationals that works in famous complexes, many of whom people think they are Filipino workers because of the similarities between the two communities.

Bhutan is ranked as second happiest nation in the world and it is interesting to find the simplest workers are fluent in the English language and there are those who are trying to attract this labor illegally to travel abroad, but the Bhutanese government have taken concrete steps to prevent this.

The Bhutanese workers are now in Kuwait, the Emirates and Qatar, and those who have dealt with Bhutanese here in Kuwait are very happy with their skills and ability. They are present in Kuwait primarily in restaurants and a number of other companies.

University graduates and their salaries up to 250 dinars

The Ambassador of the Kingdom of Bhutan to Kuwait Tshering Gyaltshen Penjor stressed that the Bhutanese labor in Kuwait has reached about 3000 people, most of them work in companies who are graduate of Bhutanese universities.

He said further stated that some of these graduates join the Al-Shaya Academy in Bhutan to take a training course, before they come to work in Kuwait, pointing out that the largest number of them work in Al-Shaya companies inside Kuwait and some large hotels and other companies.

He pointed out that the recruitment of any specialized labor from Bhutan is through communication with the embassy, ​​which in turn communicates with the Bhutanese Ministry of Labor to study the application, indicating that salaries depend on the nature of work and at an average of 250 Kuwaiti dinars.

Share on:
WhatsApp
Share
Previous Locally hired – Employer giving release for non graduate
Next ‘Not all the pathways are thoroughfares’ 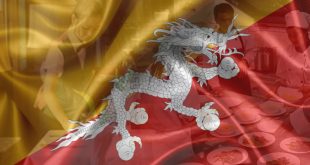 ‘Bhutanese working in Kuwait all graduates’