KUWAIT CITY, Dec 22: The Public Authority For Agricultural Affairs and Fish Resources (PAAAFR) has been following up the swarms of locusts that entered the airspace of the Saudi province of Zulfi two days ago, reports Al-Qabas daily quoting reliable sources.

They indicated that the locusts may enter Kuwait after three days in case the winds are heading towards the Kuwaiti-Saudi border.

The sources explained that locusts move amid temperatures that vary between 17 and 35 degrees Centigrade most of the time.

Al-Zulfi is approximately 500 kilometers away from Kuwait, which increases the chance for their entry into the country, in the event the wind direction continues towards Kuwait. Teams specially formed to combat locusts are continuing with the daily surveys especially along the borders of Saudi Arabia and Iraq.

If the weather remains as it is, it will be difficult for the locusts to enter Kuwait’s airspace, as there are no strong winds that would contribute to its rapid movement into the country.

The sources highlighted the prior coordination with the Desert Locust Control Authority in Cairo, and via a liaison officer, to monitor the locust movements and lay down means for prevention and necessary measures to combat it before it poses immediate danger to the plant crops in the north and south of the country.

They explained that cooperation with the Locust Control Authority includes sending reports on the locust swarms expected to enter the local airspace, as well as reports on the mechanisms used and the control methods adopted by the authority’s teams, with the aim of developing appropriate solutions for any swarms that may head towards Kuwait, and to avoid any material losses that may occur.

The teams are working with all their equipment and in accordance with the plan prepared to confront the movement of any locust swarms heading to the country, in preparation for spraying these swarms with pesticides, and using mechanisms equipped for this purpose provided they settle on the ground, as it is difficult to combat them while they are in air, if they arrive.

If the rains continue during this month in some Arabian Gulf countries, locusts could lay their eggs again. Thus the most appropriate solution to resist them is to regularly spray pesticides, and wait for the rain in the Gulf to recede.

The sources warned against eating locusts or even touching them with bare hands if they reach the ground because they may have been exposed to insecticides containing toxic compounds that pose a threat to human health.

They affirmed that the authority’s teams are ready to deal with the arrival of any locust swarms at any time. 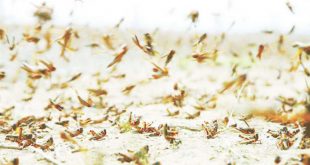 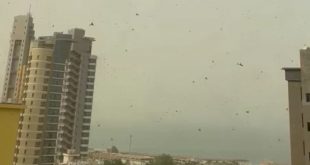 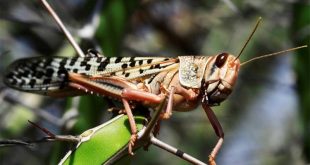 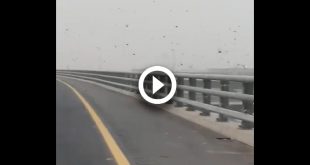 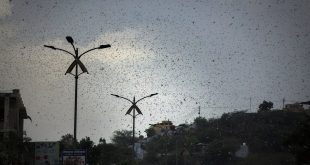 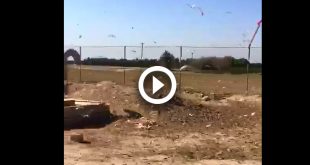 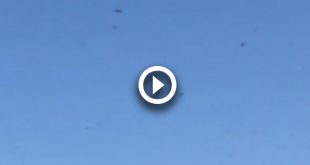