Local egg production companies on the verge of closure

KUWAIT CITY, Apr 19: A number of poultry and egg production companies have demanded support in order to avoid losses and possible closures due to the drop in egg prices despite the high prices of feed, and the state’s ban on the export of eggs, reports Al-Rai daily.

They explained that Kuwait produces nearly two million eggs daily. There is a  30 percent surplus of eggs. The companies thus sell one carton of 360 eggs at a price of KD 8 but the official price set by the Ministry of Commerce and Industry is KD 12.6.

Chairman of the Board of Directors of Al-Mubarakiya Poultry Company Tawfiq Al-Saleh said, “The rise in the price of feed and the state’s ban on poultry companies from exporting their products of chicken and eggs are two main factors in the tendency of a number of companies to close, as they incurred heavy losses during the last stage”.

He revealed that, “Two local companies have already closed due to their inability to bear losses and the state’s ignorance of our demands to subsidize fodder and open the door for export, especially since we have a surplus that covers the local market”.

Al-Saleh said imported fodder prices increased from $ 270 to $ 870 per ton, adding, “How do companies make profit amid this rise and the stability of the price of one kilogram of live chicken at only 850 fils in Kuwait?”

Al-Saleh warned that the state’s neglect of this vital sector will negatively affect the country’s food security, “especially as we are going through a volatile regional situation that makes countries interested in local production”.

He called for support for the local production of eggs.

Al-Saleh said, “During the bird flu crisis, the state supported the import of eggs at a rate of KD 1 per carton. The return of normalcy in the local production of eggs was accompanied by a rise in the feed prices. So why did the state not support local production, as it supported the import of eggs during that period? We do not want double standards”.

In addition, Chairman of the Board of Directors of Al-Wuhaib Poultry Company Hamid Al-Wuhaib said Kuwait has a surplus of egg production equivalent to 30 percent, adding that selling them at a low price caused huge losses to the poultry companies, not to mention the high prices of feed that exacerbated the crisis.

He explained that, “The price of imported soy rose from $ 400 to $ 880 per ton, as there is a shortage of it in the world. The Mills Company raised the price of corn from KD 65 to KD 123 per ton, and also raised feed from KD 490 to KD 710 per ton. It stopped selling barley completely and allocated it to sheep. These prices led two egg production companies to stop working. Two others are on the way to closure. This may cause an egg crisis in the coming days unless the government intervenes and raises the price of eggs, which means the feed must be subsidized so that the companies are stable and continue to produce eggs”.

Al-Wuhaib revealed that Saudi Arabia has banned the import of eggs completely to maintain the local production of eggs until the price of a carton of eggs there reached the equivalent of KD 20 in Saudi currency, but in Kuwait it is offered at a price of only KD 8, adding that, “No one buys and the state prevents its export, which causes huge losses”.

He added that eggs are a basic commodity and are used to make many food items and sweets, as well as healthy nutritious meals for children. 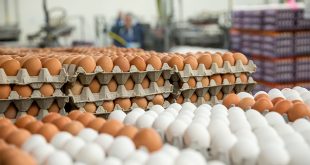 14 co-ops under probe for cutting supply, increasing ‘price’ of eggs

Eggs aplenty, why hike in prices?

‘No increase in price of eggs in Kuwait’

Panel to ponder increase in egg rates by 25%