KUWAIT CITY, July 21: Acting Director-General of the General Administration of Customs Osama Al-Roumi has prepared a report on carbonated water similar to imported alcohol beverages because the cargo violates public morals, according to the Ministry of Interior and the Ministry of Commerce, reports Al-Anba daily.

Speaking of the seizure, Deputy Director of Research and Investigation Department and member of the Customs Information Committee Khalid Al-Rumaih said the cargo which arrived at the Shuaiba Port was confiscated in coordination with the Directorate of Search and Investigation and the Southern Ports Customs Administration.

Al-Rumaih added that the General Administration of Customs prior to the confiscation informed the security authorities and the Ministry of Commerce and Industry.

He pointed out the goods were destined for the local market and violates public morals and according to the standing laws and regulations the import of such products is prohibited. The daily added, a total of 9,264 bottles of fl avored carbonated water which arrived from China have been confiscated by the Shuaiba customs authorities.

Share
Previous 5,296 forgery cases filed by government agencies in past five years
Next Campaign against bachelors in family areas continues 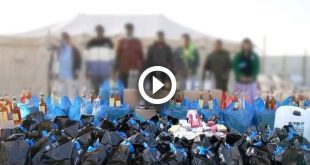