Contracts must be reconsidered

KUWAIT CITY, Feb 3: The committee that was formed to look into the irregularities in the Municipal Council related to the cleaning contracts has come to the conclusion that there was no oversight or accountability and may have cost the country nearly 20 million dinars due to legal violations.

The head of the committee, Abdul Salam Al-Randi, said the factfinding committee was formed last September with three members from the municipal council Eng Abdul Salam Al-Randi (the committee chairman) and Eng Maha Al-Baghli (the committee’s Rapporteur) Ahmed Hadian Al-Enezi (member of the committee), to study and discuss hygiene contracts and the state of hygiene in the country, by inviting the concerned state agencies to find out the most important causes of the deterioration of the hygiene situation in Kuwait and discuss the most important observations and propose solutions to develop the upcoming hygiene contracts to suit the urban expansion of Kuwait and population growth and the use of modern technology for hygiene mechanisms in the future.

Al-Randi said in a press statement the committee after the meetings with heads of sectors, cleaning directors, cleaning inspectors, as well as supervisory authorities and others who are linked to the hygiene contracts such as the Audit Bureau, the Public Authority for Agricultural Affairs and Fish Resources (PAAAFR) and the Kuwait Institute for Scientific Research, it was found that the contracts must be reconsidered by establishing a new philosophy and changing the current style of hygiene contracts, whether in terms of the human element or the mechanisms; in addition to the distribution of geographical areas which must be reconsidered.

Reviewed
Al-Randi reviewed the work of the committee since its inception, and said the prominent observations of the fact-finding committee during visits and meetings the 6 months is insufficient for the contractor to process contract obligations, in addition to the small number of inspectors in cleaning centers. It was noted that the GPS monitoring screens are only available in the provincial administrators’ offices.

The number and quality of containers in the farm areas in Kabd is not suitable, as the height of the container is an obstacle and does not meet the needs of these areas. Al-Randi added it has also been noted that medical and animal waste was thrown into the municipality containers and the violators escaped punishment. He pointed to the repeated remarks of the Audit Bureau which said the workers are not under the contractor’s sponsorship, and despite the many complaints by citizens about poor hygiene, no manager, supervisor or senior official in the cleaning department was summoned, held accountable or investigated, not to mention the oversight weakness of companies. 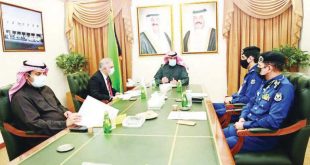