Leaves cancelled as govt gears up to tackle threat in holidays

KUWAIT CITY, Feb 18: In the face of threats to the security and stability of the nation during the national holidays, a highranking security official said the Interior Ministry is able to protect the homeland, the citizens and the residents of this land, reports Al-Shahed daily.

The official revealed the competent security agencies have already spotted a number of threats and the Interior Ministry will treat these threats very seriously. The source pointed out there is a security plan to be implemented and the data in the state security concerning the suspects has been activated to prevent their entry into the country on the strength of visit visas.

The source added, strict instructions have been given to the concerned bodies to be always on the lookout and careful and cautious during the influx of visitors and tourists who may enter the country under the pretext of taking part in the celebrations.

The source stressed personnel from the Interior Ministry are ready to face any emergency and all set to thwart any plans, pointing out the security plan is over seen directly by the Minister of Interior Sheikh Mohammad Al-Khalid and the Undersecretary of the Ministry Lieutenant Sulaiman Al-Fahd.

Meanwhile, Ministry of Interior issued a decision Tuesday halting all annual and administrative leaves in all sectors of the ministry until the end of Hala February Festival, reports Al-Anba daily quoting security sources.

The same sources explained the decision was issued to sustain the safety and security of citizens and expatriates during the National Days celebration. And, employees of a number of airline companies and travel agencies attributed the decline in overseas travels during the National holidays to the hard economic situation of the country particularly with the decline in oil prices and the government intention to adopt austerity measures and reduce stipends for employees, reports Al-Qabas daily.

They indicated that the airlines companies have ensured sufficient capacity in their airplanes to accommodate the passengers during the National holidays except ‘FlyDubai’, which added 22 additional flights between February 23rd and 27th.

The employees revealed that the destinations most passengers prefer travelling to are Dubai, Cairo, Beirut and Istanbul while others like to travel for performing Umra.

Share
Previous Bid to resolve absconding cases
Next Prices of many commodities up 30-55 percent, say sources – Consumers file complaints with Ministry of Commerce 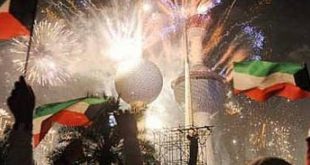