ABU DHABI, Nov 6: Kuwait’s athletes achieved 10 different medals in the World Triathlon Championship Abu Dhabi. In a statement to KUNA Saturday, Kuwait’s Triathlon Club Head, Rashid Al-Kandari, said that the Kuwaiti athletes won seven different medals in the GCC division and three in the general division. Al-Kandari congratulated the Kuwaiti athletes for this remarkable achievement, which he considered a motivation for more achievements in the upcoming continental and international championships.

He pointed out that the tournament, which started on Friday, with the participation of about 2,000 athletes from different countries, and organized by the Abu Dhabi Sports Council, is a series of the International Triathlon Federation World Championships. A triathlon is an endurance multisport race consisting of swimming, cycling, and running over various distances.(KUNA) 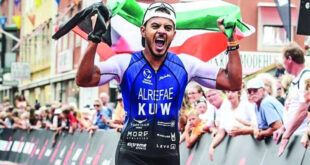 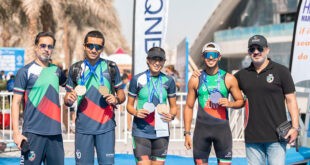 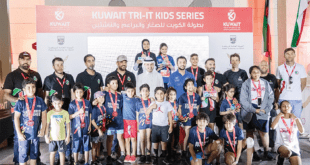