KUWAIT CITY, Aug 5: Kuwaiti boxer Shabab Al-Abdullah won first place in the Junior Asian Boxing Competition, recording the first achievement of Kuwait in the competition which is being held at the hall of Kuwait Sport Club under the patronage of Kuwait Olympic Committee Chairman Sheikh Fahd Nasser Sabah Al-Ahmed Al-Sabah with the participation of 150 boxers representing 21 countries.

The victory of Al-Abdullah served as a catalyst for the other Kuwaiti and Arab boxers, especially since the Philippines is considered a strong school of boxing.

Secretary of Kuwait Boxing Association Salim Al-Azmi praised the high spirit and distinguished performance of Al-Abdullah. He stressed that all concerned committees are keen on providing the best services to the guests. He also praised the work of volunteers, pointing out that all delegations are satisfied with the high quality of services offered to them.

On the other hand, Czech Boxing Association President Svatopluk Zacek expressed happiness that the competition is being held in Kuwait.  He stressed the importance of paying attention to this category – the juniors, indicating that competitions for junior boxers are being held regularly in Europe over the years. He expects the teams of Uzbekistan, Turkmenistan and Kazakhstan to record the best performance in this competition.

He praised the excellent way of organizing the competition, as well as its high technical level. He added the competition gives boxers, especially the Arabs, a good opportunity to develop their skills by competing with representatives of Asian countries that are known in boxing. 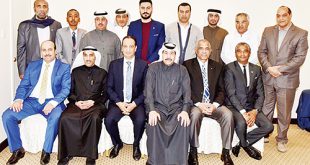 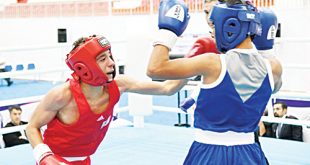