KUWAIT CITY, Sept 5: Director of Moral Guidance and Public Relations in the Kuwaiti Army, Colonel Marine Mohammad Al-Awadhi, said that the opening of the booth dedicated to the army in the Avenues Mall aims to enlighten and motivate Kuwaiti youth to join the honor of optional and compulsory military service. This came in a press statement by Al-Awadhi Sunday, on the occasion of the inauguration of the booth of the Kuwaiti Army in the Avenues Mall (Grand Plaza Phase 4), which will continue until the 8th of September from 10 am to 10 pm.

Al-Awadhi explained that, through the booth, direct communication with the public will be made to explain the mechanism of enrollment and registration, the duties and tasks of the various army units, and to clarify the educational, rehabilitation and training path, and military allowances and bonuses. For his part, the Head of the Legal Affairs Branch of the National Military Service Authority, Colonel Jurist Dr. Fadel Safar, confirmed in a similar statement that the national military service is loyalty, belonging and a national duty that requires a spirit of cooperation and sacrifice to serve this generous country, stressing that the safety and security of the homeland is in the hands of every citizen, and defending it is a sacred duty.

Purpose
He added that the purpose and objective of performing the national military service is to protect the homeland from external and internal threats, to strengthen the spirit of loyalty to the homeland, to mobilize manpower for necessity, and to develop the capabilities of Kuwaiti youth in the field of national service and active participation in all sectors of the state. Safar pointed out that the booth is being held in conjunction with the invitation of the National Military Service Authority in the Kuwaiti army who are assigned to join the 49th batch, starting from those born on May 10, 1999 until those born on December 31, 2000, to educate those involved in this call. In turn, the head of the Military Media Branch of the Directorate of Moral Guidance and Public Relations, Colonel Abdulaziz Al-Rifaei, said in a similar statement that the booth is being held on the sidelines of the ‘Be among them’ campaign, which aims to motivate the Kuwaiti youth to join the honor of national service and highlight the role and duties of the various units of the Kuwaiti army.

He added that the campaign is being implemented with care and follow-up by the Deputy Prime Minister and Minister of Defense Sheikh Hamad Jaber Al-Ali Al-Sabah and the Kuwaiti Army’s Chief of General Staff Lieutenant-General Khaled Saleh Al-Sabah, believing in the importance of highlighting the role of the army and enhancing the patriotic spirit, national belonging and the honor of military service among Kuwaiti youth. He said that the booth witnesses the participation of the land force, the navy, the air force, the National Service Authority, the commandos, the military police and the Amiri Guard, in addition to the participation of the Manpower Department, which coincides with the registration of the course for noncommissioned officers and individuals for holders of university degrees, diplomas, secondary schools and more. , (KUNA) 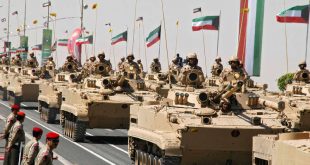 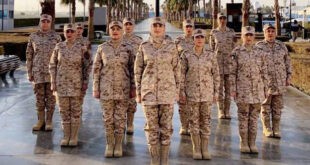 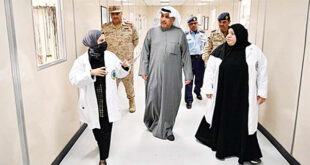 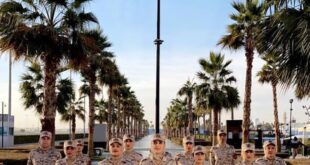 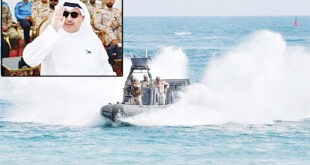