KUWAIT CITY, June 7: Acting on information the Shuwaikh Fire and Maritime Rescue Center and the Technical Rescue Center rescued two Kuwaiti youths who were stuck in silt off the Sulaibikhat Beach, reports Al-Seyassah daily. The Public Relations and Media Department of the Directorate-General of Fire Department stated the operations room received a report that two people were stuck in the silt and were unable to come out.

The juveniles were allegedly walking on the ground off the beach and got themselves trapped in the mud. The daily added, another juvenile who was with them managed to escape from the silt and called the emergency number 112. The youths are believed to be in good condition. Meanwhile, an Egyptian died in a road accident when he was run over by trailer truck driver inside the Shuwaikh Free Zone, while reversing the vehicle. Another man was also injured in the accident and suffered fractures, says Al- Seyassah. 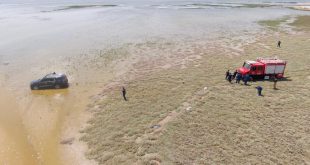 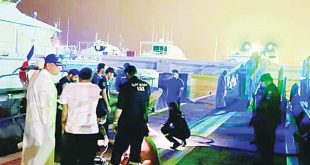 Rescue of a person from a bore well