KUWAIT CITY, March 6: An unidentified young Kuwaiti has been arrested and referred to the concerned authority and charged with resisting arrest and damaging public property, reports Al-Rai daily. This came when the residents of Sabah Al-Salem called the Operations Room of the Ministry of Interior and complained that a motorist was disturbing the people with his reckless driving and making loud noises with the car exhaust.

When police rushed to the spot and confronted the young man, they found he was wanted by law and was also under the influence of drugs. They seized him and put him in the police car, and the youth allegedly turned violent and broke the glass window of the vehicle. He was overpowered and referred to the concerned authority. His vehicle has been impounded.

The Sulaibiya Police Station has sought the help of the General Traffic Department (GTD) personnel to identity a motorist who allegedly beat a Bangladeshi pedestrian because he refused to part with his money and cell phone, reports Al-Anba daily. 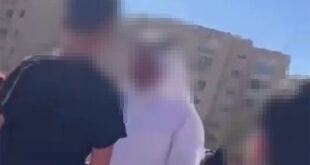