KUWAIT CITY, Nov 6: A Kuwaiti man (tourist), whose identity has not been disclosed, was beaten and robbed by three men at the beach in Pattaya in the early hours of Tuesday, reports Al-Rai daily quoting Reuters.

The tourist, who is believed to be in his 40s, was rescued by police at 3:30 am, given first aid and taken to the hospital with injuries to the face and bruises on the body.

Another Kuwaiti told police through an interpreter that three Thai men assaulted his friend and stole his money, a mobile phone and watch. An employee at a beer bar told police the injured tourist had walked in and sought help and that he called police.

Shortly after, police received a tip-off that a group of men suspected of involvement in the attack were drinking alcohol on the beach; however, when the three men were questioned they denied any knowledge of the robbery.

Later officers found the victim’s mobile phone and watch covered with sand not far from where the suspects were who were later taken to the Pattaya police station and detained for questioning. In the meantime, police are viewing the CCTV footage of cameras installed in area. 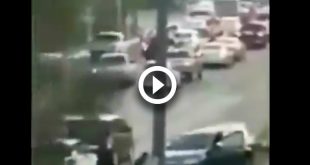