KUWAIT CITY, Aug 2, (KUNA): The State of Kuwait marks on Monday the 31st anniversary of the Iraqi invasion, which had affected all aspects of life including the sports scene and community in the country. While Iraqis brutally occupied Kuwait on August 2nd, 1990, sports facilities were turned into location for torture, death and imprisonment. Despite the invasion, Kuwaitis sportsmen and facilities stood brave and bold against the unlawful occupiers, reminding the Iraqis that they could not erase Kuwait and its people from history.

In their futile attempt to subdue the Kuwaiti spirit, the Iraqi forces targeted Kazma Sporting Club, turning it to the largest holding cell. Facilities belonging to other clubs such as Al-Arabi, Qadsia, and others also met the same fate. Prior to the invasion, the Kuwaiti sports community was looking ahead for the upcoming sport season as many of the teams were in training camps abroad and the national squads of various sports disciplines were gearing up for the 11th Asian Games in China in October of 1990. The Kuwaiti football team in March won the 10th Gulf Football Cup and was preparing for the Asian Games in a training camp in France; however, the team was shocked of the invasion with many members opting to return to the country via land from Saudi Arabia. Another blow for the Kuwaiti sports scene came with the assassination of Kuwait Football Association’s (KFA) President Sheikh Fahad Al-Ahmad Al-Jaber Al-Sabah who fought back against the Iraqi invaders. Also the killing of Qushayan Al- Mutairi, a military officer who was scheduled to train in Berlin on August 4th with the National Basketball Team for the Asian Cup, was considered as another example of Iraqis trying to break Kuwaiti sportsmen. Al-Mutairi bravely joined his military comrades, clashed with the Iraqi forces and was killed in the process. Following the examples of Sheikh Fahad Al-Ahmad and Al-Mutairi, Kuwaiti sportsmen began to retaliate with whatever they could to save Kuwait’s athletic legacy.

Decision
Speaking to KUNA on the matter, Sulaiman Al-Adsani, who was Deputy President of Kazma Sporting Club when Iraqis invaded Kuwait, said that he took the decision to preserve the club’s files and records, when he received a call from Yousef Al-Shaheen, the club’s President. Al-Shaheen directed him to collect files to be brought to his home for safe keeping before the Iraqi army reach the cities, said Al-Adsani. He continued that the Iraqi troops tried to impose the grim reality by turning Kazma’s squash court and swimming pool into torture chambers. Several athletes were taken in for questioning; including volleyball’s Fawzi Al-Matouq, Jamal Al-Jazzaf, indicated Al-Adsani, revealing that there were sporstmen executed like basketball stars Qushayan Al-Mutairi, Ahmad Qabazard, Faysal Al-Sanea, Khaled Al-Eid, and Abdulaziz Al- Misfer.

Relating his story, one of Kuwait’s golden era athletes, Captain Mohammad Ibrahim was with the national football team in France as they prepared for the coming Asian Games. He said that on the “fourth day of our training camp, the devastating news hit the players and everything was put on halt with the team heading to Saudi Arabia to enter Kuwait. “We entered through the Saudi border by desert until we reached Kuwait and found Iraqi forces and tanks scattered all over the desert,” Ibrahim added. Ibrahim stood witness to the destruction and looting that flooded the country and also successfully avoided the Iraqis attempt to draft him and other players in the so-called the “Province 19” football team. He said he and other athletes figured out ways to avoid drafting by changing their home addresses and identifications. Ibrahim did not stand still and upon his return he solely devoted himself to serve whatever his nation’s people were in need of until liberation is achieved. Similarly, Al-Arabi’s football star Malek Al-Qallaf, who was a military officer, also recounted the horrors of the invasion.

Encounter
He spoke of his encounter with the Iraqi forces, “Moayad Al-Haddad, Khaled Al-Shimmiri, and Abdulaziz Al-Ambery, I was playing football near my home Bayan area and suddenly we scattered in different directions fearing for our lives as we realize that the Iraqis were hunting down players.” Al-Qallaf remembered how Kuwaitis used to be so fond of their sports stadiums and facilities and to witness them being used for such heinous acts were overwhelming. Heroic acts were not carried out only by Kuwaitis, said Al-Qallaf who recounted the story of a Pakistani worker at the Al-Arabi club named Muneer. “Muneer managed to hide some of the clubs greatest trophies and shields before the Iraqi forces managed to get their hands on them,” Al-Qallaf affirmed. Meanwhile, the complete destruction of Al-Yarmouk SC’s facilities was vast as recalled by Assistant Manager of the club Husain Yaseen. Yarmouk club had missile launchers and aircraft were positioned there, said Yassen. In December 1990, Yaseen was apprehended and taken by the forces to Salwa Police Station then to Bayan Station along with 70 others. They took him to the main Kuwait Prison building with 3,000 captives before being transported to Basra in Boskhair captivity were there were around 2,000 POWs. Thankfully, Yaseen was freed in February 1991 along with a large number of POWs due to the International Red Cross’ efforts following the Liberation. By Zahra Al-Kadhemi 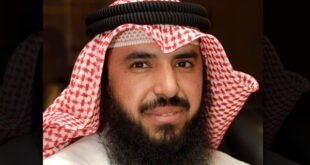 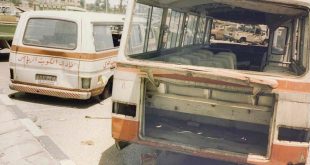 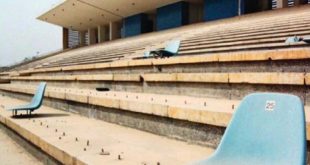 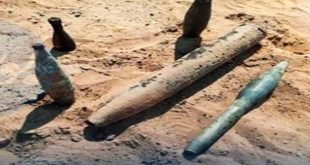 This post has been read 13694 times! Country was able to gain support of int’l …