KUWAIT CITY, April 17: An unidentified Kuwaiti prisoner committed suicide inside the prison club by hanging, reports Al-Rai daily. The daily without going into details said the prisoner used a toy wire to hang himself. Meanwhile, the Public Relations and Security Media Department of the Ministry of Interior stated that, in continuation of the security campaigns by the Criminal Security Sector to arrest violators and beggars, the Protection of Public Morals and Combating Trafficking in Persons Department arrested a number of beggars of different Arab and Asian nationalities in all governorates, reports Al-Rai daily.

All those arrested have been referred to the competent authority. In another development , Assistant Foreign Affairs Minister for Development and International Cooperation Minister Plenipotentiary Hamad Al-Masha’an affirmed that the Ministry of Foreign Affairs is currently coordinating with member-states of the United Nations Security Council to remove the names of Kuwaitis included in the international terrorism list, reports Al-Qabas daily. 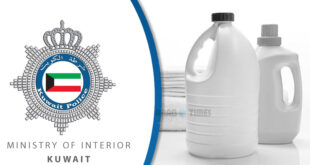