KUWAIT CITY, July 9:  Officers from the Investigation Department in Ahmadi Governorate arrested a Kuwaiti military personnel for raping a Syrian child in Abu Halifa two days ago, reports Al-Qabas daily. A security source revealed the arrest came after the circulation of details about the suspect to all checkpoints. A case was registered and the suspect was referred to the concerned security department for legal measures.

Youth kills self
The remains of a young citizen, who committed suicide by cutting his wrist, were referred to Forensics, reports Al-Rai daily. The Operations Unit in the Interior Ministry received a call from the youth’s father asking for help as he saw his son go out of his house in a hurry followed by his family. The son then headed to their neighbor, broke the glass of his car, took a piece of the glass and used it to cut his wrist. Paramedics rushed to the location to take the youth to the hospital but he died before reaching the hospital. A case was registered and investigations are underway to determine the circumstances which prompted the youth to commit suicide. 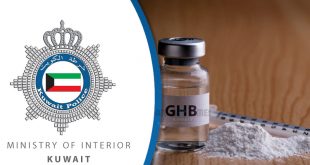