Thomas Oppermann, senior officials, VIPs, Arab and foreign diplomats, renowned social and cultural personalities. Ambassador Al-Badr addressed the guests, expressing congratulations to His Highness the Amir, His Highness the Crown Prince, the leadership and people of Kuwait on the accomplishments that have been made since the 1961 independence of the Gulf state.

Germany, during the 1990- 1991 aggression on Kuwait, presented the Gukf country with significant financial and logistical support, although the European nation was preoccupied with re-unification, he has recalled.

In Rome, the charge d’affaires, Counsellor Samir Al-Zamanan, received wellwishers on the national occasions at the Grand Hotel in the Italian capital. Among the incoming VIPs were representatives of the Italian president, the prime minister, ministries, ranking military officers, the FAO and other international agencies.

In Budapest, the ambassador, Dr Hamad Bou-Rehama, held a reception at the Marriot Hotel, marking the two national occasions as well as the 13th anniversary of His Highness the Crown Prince accession to the leading post. More than 700 personalities, including officials and diplomats, attended the activity. At a corner of the reception venue, Kuwaiti artifacts and relics were displayed. In the Czech Republic, the envoy Rashed Al-Hajeri organized a similar activity. He addressed the attendees, noting that the State of Kuwait has been playing a key role, through its UN Security Council membership, for establishing global security and peace.

In Rabat, the Prime Minister Saad Al-Din Al-Othmani said after his participation in the embassy celebration that deep-rooted brotherly relations have been bonding his country with Kuwait. He expressed admiration of the Kuwaiti leadership and people and voiced satisfaction at the high level of the bilateral ties.

Meanwhile, the embassies in Austria and Mauritania, followed suit. Sadeq Maarefi, the Kuwaiti Ambassador to Austria and the Permanent Representative to the International Organizations in Vienna, affirmed on the national occasions, the people’s allegiance to the sagacious leadership. Khaled Al-Shibani, the envoy in Mauritania, held a gathering to mark the occasions, boasting of the solid and brotherly relations between his country and Mauritania.

Meanwhile, the Kuwaiti embassies in Slovakia and Senegal celebrated the country’s 58th National Day and 28th Anniversary of Liberation Day, as well as the 13th annual occasion marking His Highness the Crown Sheikh Nawaf Al-Ahmad Al- Jaber Al-Sabah’s accession to the senior post. Ambassador to Slovakia Issa Al-Shimali addressed heartfelt tributes to His Highness the Amir Sheikh Sabah Al-Ahmad Al-Jaber Al-Sabah, His Highness the Crown Prince Sheikh Nawaf Al-Ahmad Al-Jaber Al-Sabah and the kind people of Kuwait, on the happy occasions. In remarks to KUNA, the envoy said he was greatly elated with reliving these occasions that depict the close bonds between the sagacious Al-Sabah leadership and people of Kuwait. 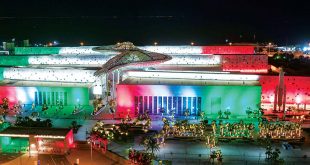 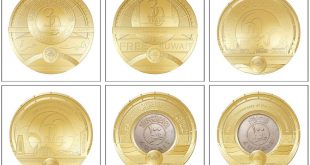