CAIRO, Nov 17: The Kuwaiti national cycling team player Sayed Jaafar Al-Ali won the gold medal in the individual road bikes against in the adult category of combined Arab Cycling Championship,Cairo 2021, organized by the Egyptian Cycling Federation with the participation of 17 countries.

In a statement to Kuwait News Agency (KUNA), Al-Ali expressed his happiness for winning the gold medal, especially since the preparation period was not strong in addition to the presence of world-class competitors and Olympic players.

Al-Ali presented the gold medal to His Highness the Amir Sheikh Nawaf Al-Ahmad Al-Jaber Al-Sabah, his Crown Prince Sheikh Mishaal Al-Ahmad Al-Jaber Al-Sabah, the club and his fellow players.
For his part, the head of the Kuwaiti delegation participating in the Arab Championship, Secretary of the Kuwait Cycling Club Abdullah Al-Shammari praised the positive results and the impressive levels achieved by the Kuwaiti team in the Arab championship competitions, maintaining the first place and the gold medal in the men’s category. (KUNA) 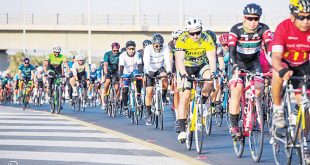 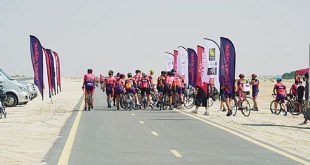