NEW YORK, Sept 25: Kuwait Friday called on Iran anew to adopt “serious measures” towards building confidence in the region based on respect of sovereignty and non-interference in affairs of countries. Iran should also work towards reducing tension in the Gulf region, and preserving safety, freedom and security of maritime navigation from any threats to ultimately contribute to building relations based on mutual cooperation and respect, representative of His Highness the Amir Sheikh Nawaf Al-Ahmad Al-Jaber Al-Sabah, His Highness the Prime Minister Sheikh Sabah Khaled Al-Hamad Al-Sabah, told the 76th in UN General Assembly’s (UNGA) Session.

These measures, he added, would honor aspirations of regional countries to enjoy security and stability, which would lead to prosperity and development of people. Kuwait, His Highness the Prime Minister said, was looking forward to seeing regional and international efforts to bring about success to an international conference on ridding the Middle East of nuclear weapons and their weapons of mass destruction, due in the UN in New York in November. Iran and world powers were engaged in negotiations to revive the 2015 nuclear agreement following the US withdrawal from the deal in 2018, triggering Tehran to gradually abandon its obligations in the agreement. Kuwait commended Saudi Arabia’s “constructive endeavors” to end the conflict in Yemen, which should end politically, and condemned all attacks against the Kingdom and voiced support to measures by Riyadh to protect the nation.

The crisis in Yemen is a source of threat to security and stability of the region, and Kuwait believes the only “solution of this crisis is the political solution” on basis of the GCC initiative and its executive mechanism, outcome of national dialogue and UN Security Council Resolution 2216, representative of His Highness the Amir told the UN General Assembly’s Session. He reiterated support to the UN special envoy to Yemen and welcomed the “constructive endeavors” of Saudi Arabia to reach peace in neighboring Yemen. His Highness the Prime Minister also condemned attacks against Saudi Arabia and reaffirmed Kuwait’s support to all measures by the Riyadh government to preserve the Kingdom’s security and stability. On the Palestinian issue, Kuwait reiterated that the Palestinian crisis remains the “core and central” issue to Arab and Islamic nations alike as it expressed hope for a political settlement in Syria and optimism over the formation of a transitional government in Libya.

“Tension and instability will continue to prevail in our region unless the Palestinian people achieve all their full legitimate political rights and Israel, the occupying power, stops its breaches of international humanitarian law,” Sheikh Sabah Khaled told a United Nations General Assembly. Israel’s practices extend to “building illegal settlements, confiscating (Palestinian) land and closing areas alongside the ongoing enforcement of a siege on Gaza and the desecration of the sanctity of holy sites.” The prime minister underlined the importance of re-launching Middle East peace negotiations within a specific timeframe in accordance with the peace process, international resolutions and the Arab Peace Initiative. This will end Israeli occupation and usher in the establishment of an independent Palestinian state, with East Jerusalem as its capital along the pre-June 4, 1967 borders, in addition to the return of refugees, he said. Separately, he commended the efforts of the United Nations relief agency, UNRWA, for its historic role in providing urgent assistance to millions of Palestinians. In relation to the Syrian crisis, the prime minister blamed the length of the conflict, which has entered its 11th year, on the lack of international commitment and foreign intervention. , (KUNA)

Share
Previous Europe in need of more Russian gas supply: IEA
Next Taliban 2.0 nothing changed, back to old methods 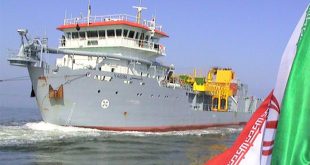 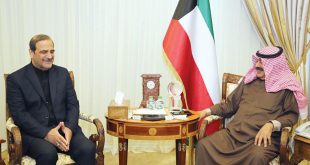 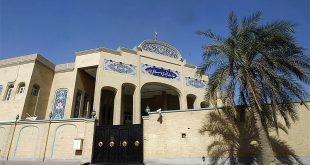