KUWAIT CITY, Jan 5 : Deputy Prime Minister and Minister of Oil Dr. Mohammad Al- Fares unveiled Tuesday that Kuwait will increase its crude production by 27,000 barrels per day (bpd) to 2,612,000 bpd starting February 1st, 2022. This rise comes in compliance with Kuwait’s new crude output quota after the OPEC and non-OPEC alliance’s decision to upwardly adjust output level by 400,000 bpd as of next month, the minister said in a press statement after his participation in the 36th meeting of the joint ministerial monitoring committee and the 24th meeting of the oil ministers of the OPEC and Non- OPEC partners, which were held via video conference today.

Al-Fares, also minister of electricity and water, underlined the importance of full conformity of the OPEC and Non-OPEC alliance with output levels to retain market stability and inflow of supplies. Despite growing fears about the return of lockdowns and quarantine measures particularly after the emergence of new variants, as well as the rising inflation rates, the minister suggested that there are many reasons to be optimistic about the future: mainly the continuing recovery of global economy; vaccination campaigns’ expansion and acceleration; recovery of the industrial sector; a spike in global demand for oil; and many countries’ release of some of their strategic crude reserves, which helped achieve the current balance in oil markets. He noted that OPEC+ alliance will remain prudent in approach with regards to production adjustments and will review output levels on a monthly basis to ensure market stability. Earlier, the OPEC+ decided to proceed with a production hike of 400,000 bpd, keeping their current policy of slight monthly increases in output.

The decision is based on current needs of the global oil market, added the statement, amid worries over what effects the COVID-19 Omicron variant may have on energy demand, said an OPEC+ statement. Meanwhile, Kuwaiti Ambassador to Austria and its Permanent Representative at the UN Headquarters in Vienna Sadiq Marafisaid on Wednesday that choosing the State of Kuwait to lead OPEC Secretariat reflected its unique role in the global oil market. In a statement to KUNA, he said that the appointment of the new Secretary General of OPEC, Kuwait’s Haitham Al-Ghais, revealed that the status of the country and its huge role in OPEC solidify its organization’s role in decreasing impact of geopolitical factors on the oil market and help stabilize the prices.

Kuwait also had meditating role in solving issues within OPEC in the past 60 years, Marafiadded. Moreover, he pointed out the selection of Al-Ghais was due to his expertize within the market, noting that he was deputy managing director for International Marketing at KPC. Al-Ghais also chaired the Joint Technical Committee (JTC) of the Declaration of Co-operation (DoC) in 2017 and subsequently served as a member of the JTC until June 2021. Al-Ghais has three decades experience in the oil market and he will assume his post at OPEC in August, Marafiindicated. Al-Ghais will succeeded former OPEC Secretary General Nigeria’s Mohammed Barkindo.(KUNA) 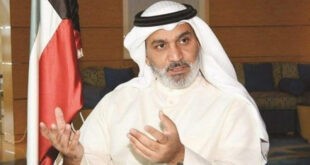 OPEC on the right track

This post has been read 12049 times! OIL prices will soon start weakening, and OPEC-Plus …