KUWAIT CITY, Sept 29: Ambassador of Azerbaijan to Kuwait Elkhan Gahraman revealed that flights between Azerbaijan and Kuwait will resume shortly, reports Al- Qabas daily. During a conference held to mark the anniversary of the 44-day national war, he affirmed the depth of the bilateral relations between the two countries in various aspects. Ambassador Gahraman said, “We have great hopes for the resumption of flights with Kuwait after the end of the pandemic, and for the comprehensive development of our economic relations”.

He revealed that the entry of visitors to his country requires PCR test results and the completion of two doses of vaccine without the need to commit to quarantine. The ambassador explained that negotiations are ongoing between the civil aviation authorities in the two countries to resume flights between them After his recent arrival in the country, he intends to meet the Assistant Foreign Minister for European Affairs Ambassador Nasser Al-Hayem to congratulate him on the new position and to hold talks on consolidating relations between the two countries and working quickly on convening the joint committee, which is now taking place in preparation for the formation of this committee after the improvement of the conditions related to the COVID-19 crisis, through which cooperation between the two countries will be strengthened in various aspects.

Ambassador Gahraman called on businessmen to invest in the liberated areas after the Azerbaijani authorities prepared them and removed the mines planted by the occupation forces. He revealed that these investments include infrastructure, building schools and hospitals, and future projects related to agriculture, information technology and cultural complexes. Ambassador Gahraman said, “We hope that Kuwaiti investment will contribute to the restoration and reconstruction of material and cultural monuments in the liberated lands and in other social and economic development projects”. He stressed that he will present all investment opportunities in his country to Kuwaiti investors through the Chamber of Industry and Commerce, while providing all facilities to attract Kuwaiti capital for utilizing investment opportunities in his country. The ambassador praised Kuwait’s role in supporting his country, highlighting that Kuwait was one of the first countries that provided humanitarian aid to improve the living conditions of Azerbaijanis who became refugees in the first Karabakh war.

He also valued Kuwait’s stance and its permanent support for a peaceful solution to the conflict within the framework of international law. Regarding the health situation in his country, the ambassador affirmed the stability of the epidemiological situation, revealing that 80 percent of the population are vaccinated with one dose and 50 percent with two doses. He referred to the tripartite agreement signed among Armenia, Russia and Azerbaijan, which stipulates opening communication corridors among the three countries to facilitate movement and travel, which will lead to the revitalization of the Armenian economy. Ambassador Gahraman indicated that his country is ready to normalize relations with Armenia on the basis of strict adherence to the principles of international law, especially sovereignty and territorial integrity, and not to prejudice international borders. 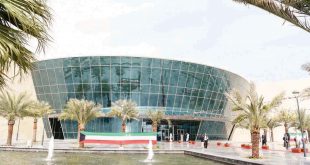 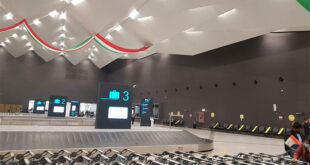 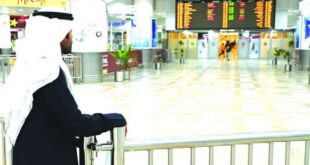